This Man Takes His Opportunity For Newcastle In Narrow Wolves Defeat

After a run of successive victories, Newcastle are now back to one point from the last three and Wolves victory over Chelsea certainly gave them a massive confidence boost from midweek but the game was far from all their way.

Having opened the scoring, Ayoze Perez had us back on level terms and despite going down to ten men ahead of the hour mark as DeAndre Yedlin saw a straight red, Wolves needed a stoppage-time winner to take the points. We also had a penalty appeal waved away. 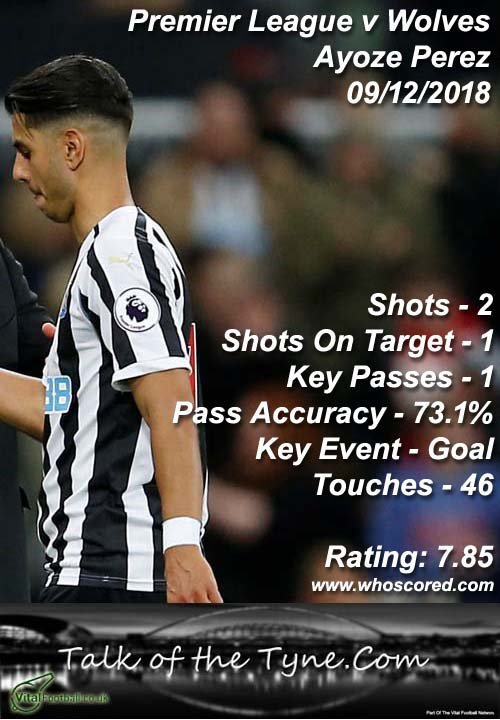 There was very little between the sides in reality and that was borne out by Whoscored’s player ratings from the game.

By comparison, only three Wolves players received a seven-plus rating from the day and it could’ve been very different, but now it’s onto the next one.