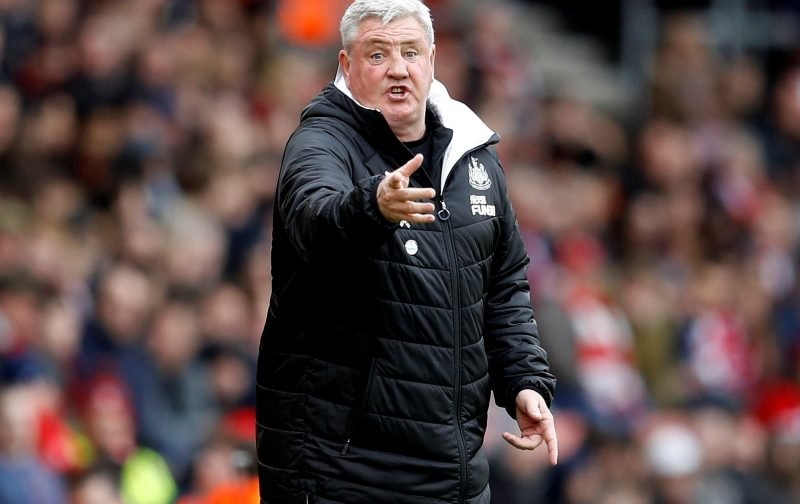 Newcastle manager Steve Bruce has confirmed that midfielder Allan Saint-Maximin will be available for his side’s match with Brighton at St James’ Park on Sunday afternoon.

Saint-Maximin was introduced as a second half substitute during the Magpies’ 1-0 Carabao Cup win over Blackburn on Tuesday, and required treatment late on after landing awkwardly while going in for a challenge.

Despite that, it does seem as though Saint-Maximin will be available for this weekend’s encounter, as when asked about the fitness of the Frenchman, Bruce simply told The Shields Gazette: “He’s fine.”

But while the Magpies will have Saint-Maximin available to face Brighton, they will still be without several other senior players for that match with Graham Potter’s side.

Providing an update on the condition of the rest of his side, Bruce went on to reveal: “It’s still a bit too early for (Paul) Dummett, (Matty) Longstaff, (Fabian) Schar and the goalkeeper (Martin Dubravka).

“Everybody else seems to be OK. We got a clean bill of health from everyone the other night.”

Given his ability to turn a match on its head in a flash with a moment of magic, having Saint-Maximin available for this one should be a relief for Newcastle, particularly considering this ought to be a game they are targeting to pick up all three points.

Having made changes in midweek for that cup win over Blackburn, you would expect Bruce to revert back to a side that looks more familiar to the one that was so impressive in the opening day win at West Ham last weekend.

As a result, the absence of those players who remain injured may not be too keenly felt, with the exception of Dubravka as first choice in goal, although Karl Darlow once again showed himself to be an able deputy between the posts last week at the London Stadium.