“So poor”, “Prefer a cardboard cut out” – Many fans react to Newcastle man’s international outing 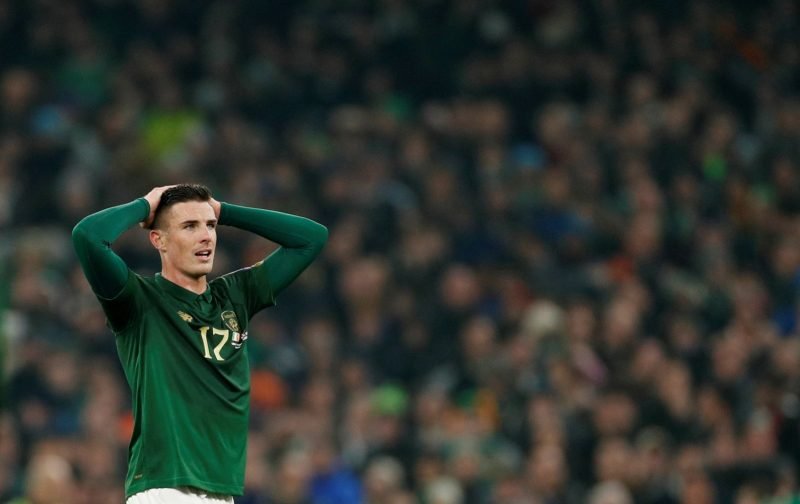 Many football fans took to social media during the Republic of Ireland’s 1-1 draw with Denmark on Monday night to share their thoughts on Newcastle United’s Ciaran Clark.

The 30-year-old was named among Mick McCarthy’s substitutes for the Boys in Green’s final Euro 2020 qualifier, which saw Ireland fall excruciatingly short of automatically booking their place at next summer’s tournament.

Ireland must now go through the Play-Offs, after they could only hold Denmark to a draw following Martin Braithwaite’s 73rd minute go-ahead goal was matched by Matt Doherty five minutes from time.

Clark had entered the game at half-time as a replacement for the injured John Egan, and had a couple of chances to score but saw his headers sail over the bar.

His first opening to break the deadlock came just four minutes into the second-half, when Clark’s header was deflected over the bar. He remained in the thick of it whenever Ireland had a dead ball situation in attack, but again failed to guide his header on target in the 61st minute with the ball sailing well over.

Defensively, our number two registered no successful tackles, interceptions or blocked any shots, but penned one clearance and completed 64.5% of his 31 passes – six of which were long balls, per WhoScored data.

Steve Bruce will be hoping that Clark has better luck in the air next Monday should he call upon the 6ft centre-half against Aston Villa, in what would be his sixth straight Premier League appearance of the season.

Should Clark start vs Aston Villa? 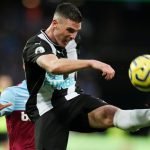 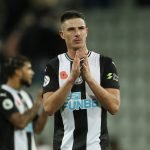 Ciaran Clark so poor there for the goal keeping him on so so poor!

Would possibly prefer a cardboard cut out of Paul McGrath at centre half than Ciaran Clark. #IREDEN #COYBIG

Just proves WE HAVE GOT THE PLAYERS!! Let them play, with confidence and we can compete! Aaron Connolly in that team..Clark in,with a back 3 and Doherty+Stevens as wingbacks and we go to another level. #IRLDEN

Ciaran Clark on. Not the game changing substitution we were all hoping for. #IRLDEN

Ciaran Clark off the bench for a goal threat. #machine #goaltime #COYBIG #IRLDEN