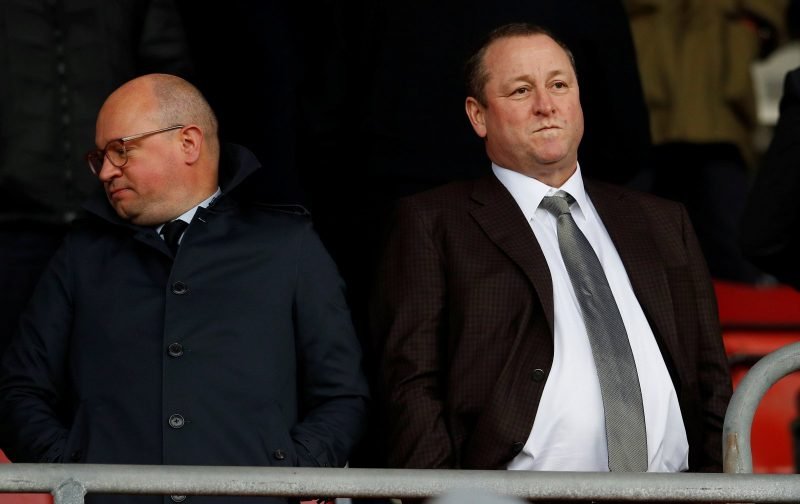 For one reason or another, I’ve taken a bit of a back seat these past nine months or so in order to get away from things NUFC or indeed recharge the batteries with the normality of life. Today though has seen the appetite to press a few keyboard buttons come back rather than swipe continuously on a mobile screen in anticipation of regurgitated bile that hardly registers in the mind.

There has been no light bulb moment or indeed a sliding door moment to look back on and wish id taken that other choice I would have had but maybe the recognition that Mike Ashley has one such sliding door in front of him now, is the catalyst to get my fingers bashing this keyboard in a frantic like fashion.

Ashley’s history here of wanting the club to advertise his brand in the top league whilst allowing the club’s own generated funds provide us with the sole ambition to survive another year here is showing no signs of change and if things revert to type, then this version of events will see whatever funds there are being used by any number of Sky Sports stooge. Maybe even a chance for Steve Bruce.

In the eyes of Ashley, his brand continues to get air time whilst his cash diversion techniques continue to reap him dividends with the risk of relegation being offset by his ability to throw extra cash at trying to get back into the top league. In the meanwhile continuing control of fan expectation level by reinventing us like a yo-yo.

The correct sliding door moment for Ashley though, in our eyes, is to get on board with what Rafa Benitez wants for the club in that it has to have the ambition to better itself, season on season. A decision that if done properly, would increase the value of the club in turn.

However, competing to finish 17th or above can be done with a near zero spend by rotation of stock or selling to buy whilst competing in the top 8 – 10 needs a minimum spend per season in the 10’s of millions or one year where you go completely mad before tweaking little each year as the top teams do with one signing costing our full net spend that is being mooted around now in the £40 – £50 million bracket.

With these last eleven years of Ashley iron fist rule to go by and the many stories that embarrass us as a city with his association with us not to mention the fact that he has turned so many loyal fans against doing what they used to love doing in attending, the obvious thing that history points to is for Ashley to choose door one and continue with the only game plan that has worked for him. Regardless of the fall out that may go on as a result.

If door two is chosen and we see a press conference announcing Rafa as the manager for the next few years then it’s a major twist in my eyes as it’ll be a game changer. We’ll be entering year 12 of Ashley on new ground and I just can’t see this happening.