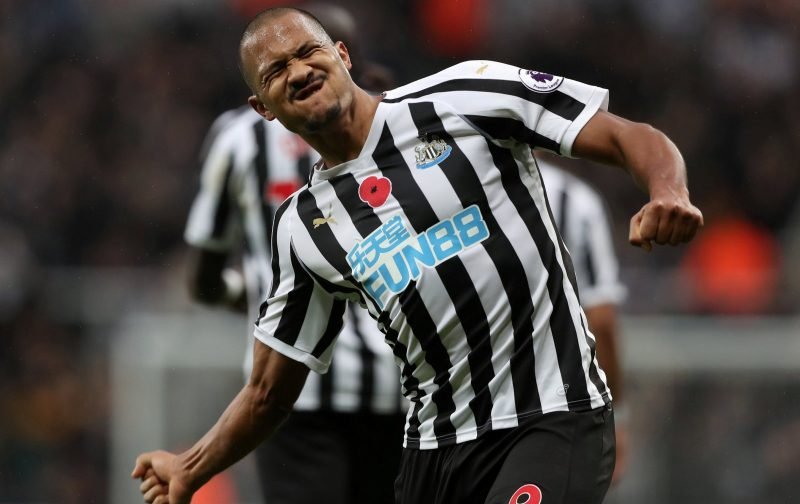 It’s been a generally good season for Newcastle so far, but some names have impressed more than others. One man that has been a real highlight of the season so far is attacker Salomon Rondon.

He’s, of course, on loan at St. James’ Park from West Brom, and so at present, he’s on course to leave the club at the end of the season.

Naturally, this is something that is significant for the Magpies. Benitez has largely built his team around the attacker this term, and so to lose him would be a crushing blow for the club.

Unsurprisingly, then, there are lots of Newcastle fans that are discussing him online. In fact, following his heroics against Bournemouth over the weekend, he’s pretty much the only player that fans are talking about at present.

It’s clear that a lot of fans want him to stay at the club long-term, with many impressed by his fantastic form so far this season. See a few Newcastle fans waxing lyrical about him below:

Get him signed up permanently plz #Howaythelads #Rondon

Imagine if we signed him at the start of the season, he would be worth much more now and Ashley could get himself a nice profit to pump into another high street shop, bet he is furious.

Just do a straight swap for gayle because west brom will still be in the championship and they will need gayle goals just as much next season so it makes financial sense.

Will a fee have been agreed prior to the loan or will they ask for silly money as he’s performing ? I wander what his before and after NUFC price would be. I recon £12million – £25million ?