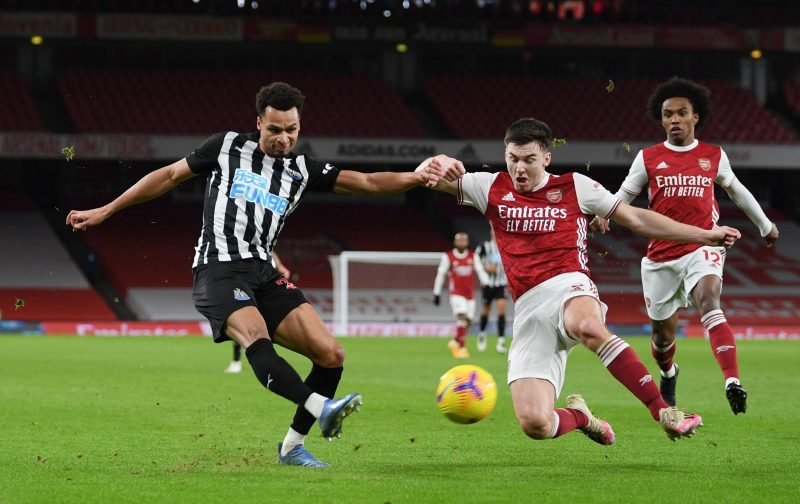 Jacob Murphy has not had the best of times as a Newcastle United player but his performance in our 2-2 draw with Tottenham Hotspur has got fans talking about his future beyond this season.

Murphy, 26, has just a few months left on his current deal and is surely going to have to do well to earn a new contract with the club.

Since joining from Norwich City in 2017, he has played just 64 times for the club. In that time his return reads three goals and six assists. Hardly inspiring is it?

So is the lack of first team chances with the Magpies, the winger turned wing back has had to go out on loan twice to Championship clubs during his time here and in all honestly, that is probably his level.

Murphy played excellently against Spurs on Sunday and was a constant threat for Spurs whilst also did his job effectively defensively to boot.

His performance got plenty of Toon fans talking about whether he has warranted a new deal and popular Twitter account ‘Toon For Change’ put out the following poll.

Seeing a lot of well deserved praise for @JacobMurphy95 over the last 24/48 hours.

His contract runs out in the summer, this must be an urgent priority for the club.

Would you offer Murphy a new deal? cc @ToonPolls #NUFC

I did find it quite surprising that the overwhelming majority of fans voted in favour of giving Murphy a new deal. Although I must admit I was one of them.

The commitment that I saw from Murphy on Sunday showed me that he really cares about this football club and that is how low the bar is at the moment!

I do like Murphy, after all he was brought up a Newcastle fan and after the game against Spurs he did say that he was one of us, but if we have any ambition has a football club we shouldn’t be offering him a new deal.

I guess that’s why myself and many others pressed ‘yes’, we are not a club with any ambition and being realistic if he walks away for free, he probably wouldn’t be replaced and we would be a man down.

As a football club, we should be striving for improvement but that just does not seem the case at the moment. Without any imminent takeover, a new contract for Jacob Murphy is probably as bold of a statement as we can expect at present.