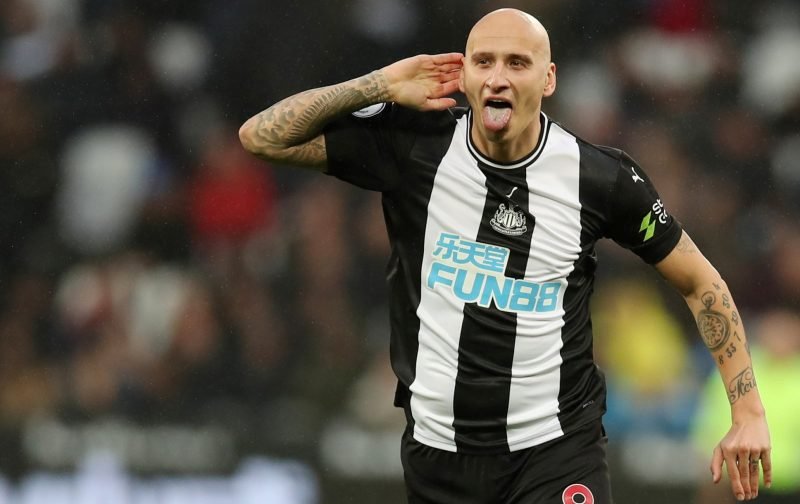 Some Newcastle United fans have been reacting on social media to reports by the Chronicle, claiming the club have agreed new contracts with Jonjo Shelvey and Matt Ritchie “in principle”.

The club are said to have held positive negotiations with the midfielders over possible extensions to their current terms, with both Shelvey and Ritchie currently due to be out of contract in the summer of 2021.

Shelvey has declared a public intent to play for a new contract at St. James’ Park as he is happy in the North East, while Ritchie is looking for security over his long-term future at 30-years-old.

Head coach Steve Bruce has rarely been able to call on Ritchie since taking charge on Tyneside last summer, after the £45,000-per-week wide man was forced to undergo an operation on his ankle following the injury sustained against Leicester City in the Carabao Cup back in August.

The Gosport-born ace featured on the bench in the Premier League for the first time since the EFL Cup clash when we drew 1-1 with Wolverhampton Wanderers on Saturday, having made his comeback as a substitute in the FA Cup against Rochdale.

Does Ritchie deserve a new contract? 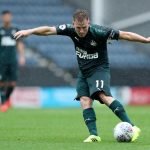 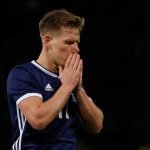 Shelvey has been one of Bruce’s most influential players, with the £70,000-per-week central midfielder leading the club for league goals scored after 22 games having found the net five times in 14 appearances.

The former England international has also played the most key balls in the top-flight of any United man with 24 and ranks fifth for interceptions (18), third for accurate long passes (63) and first for shots taken from outside the box (19), per WhoScored data.

nothing against ritchie, hard worker but shelvey is overated. Hes talented for sure but hes lazy. All the games he has shone in has been where the other teams made the mistake of allowing him to play. We gotta aim for higher calibre players but again wont happen under Ashley

What are they doing? They should be sold never mind giving them new contracts…

Should be moving both players on in the summer imo.. Thats if we want to progress.. And yes.. I know we don’t

Like two new signings… That concludes our transfer business folks

Rather get both Longstaff brother sorted first