‘Sharing a plane with Mbappe’, ‘Better than nobody’ – Many NUFC fans react to alleged medical 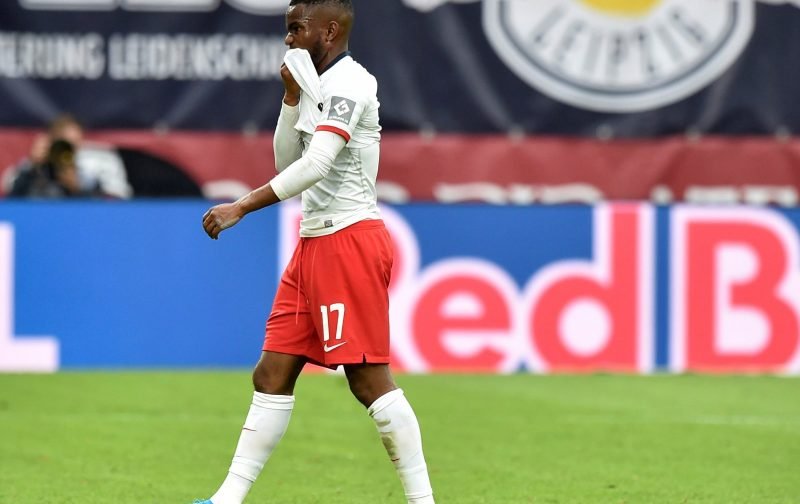 Lots of Newcastle fans have responded to the rumours that Ademola Lookman is set for a medical at St James’ Park.

According to reports in Football Insider, the 22-year-0ld winger is meant to have a medical by the end of the week, with the story suggesting a breakthrough had been made for negotiations.

Twitter fan account @NUFCgallowgate tweeted about the story, to which many fans responded weighing in with their opinions.

With the RB Leipzig winger facing very little football this season, he has allegedly told his representatives that he would be eager to leave Germany and return to the Premier League.

Can Lookman be a key player for Bruce?

The winger has played just four games in total this year, getting just 200 minutes – not the greatest return for £22 million’s worth. However, when you consider the club are at the top of the Bundesliga then it shouldn’t come as a huge surprise.

Lots of fans liked the sound of the signing, however, lots were more pessimistic about the legitimacy of the rumours, as you can read below…

Until he’s stood with a black n white scarf aloft at SJP it ain’t happened!

lol believe when I see him wearing the shirt

I heard he was sharing a plane with mbappe #believeitwheniseeit #makeithappen

These fans were more optimistic about the deal, with one suggesting it was a “really good signing”, and another saying he was the “right age” for him to move on if it didn’t work.

Here are those replies below…

Really good signing to be fair

Right age for Ashley to sell on if move works out ! He’s got potential but I’d be focusing on getting in a quality midfield player struggling big time in that department!

Anybody in is better than nobody in…

The fans who had doubted whether this rumour was true or not are probably right to be considering the news coming out of St James’ Park today.

Respected journalist Lee Ryder from the Chronicle has come out and quashed the medical rumours, stating that the deal is much further away than suggested due to the club not getting any certainties over being able to sign him just on loan.