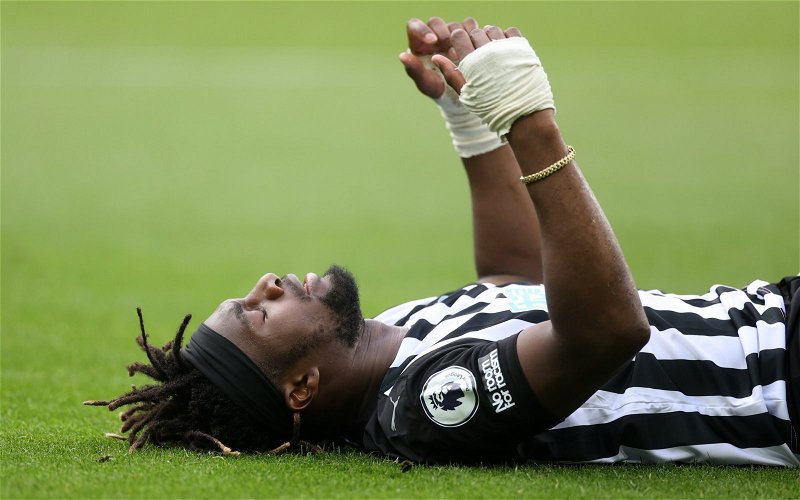 Allan Saint-Maximin has established himself as a firm fan favourite at St. James’ Park since his arrival from French side Nice.

His dribbling flair makes him an absolute pleasure to watch and it was so good to get watch him in the flesh in Wednesday’s 1-0 win over Sheffield United.

Due to his top class performances, many Toon fans will find themselves concerned over the Frenchman’s future and the tricky winger did nothing to alleviate this when he appeared on TalkSPORT.

In an interview given to Jim White and Simon Jordan’s show, Saint-Maximin said the following:

“Newcastle don’t have to fight every year just to be safe.

“We need to fight for the top 10 and do everything to win a cup.”

He then continued to address his own future: “You have to think about your future, I don’t want to fight one more year to be safe.”

It is no surprise that a player with the quality of Saint-Maximin is not impressed by the current ambition at the football club. As a player he is so much better than a relegation battle and there won’t be a single Toon fan who would disagree with his sentiments.

He later expanded on his comments on Twitter, where he said:

“I truly love and respect Newcastle fans, that’s why I think it’s important to be honest.”

To me his comments feel like an ultimatum towards the club, match my ambition or I am off. It seems unlikely that if Mike Ashley is still the owner that he will get his wish. If a takeover is finally complete, the team should be built around the mercurial winger. He’s that good.

A summer that sees no change in ownership and losing their best and most popular player would feel like yet another all time low on Tyneside.