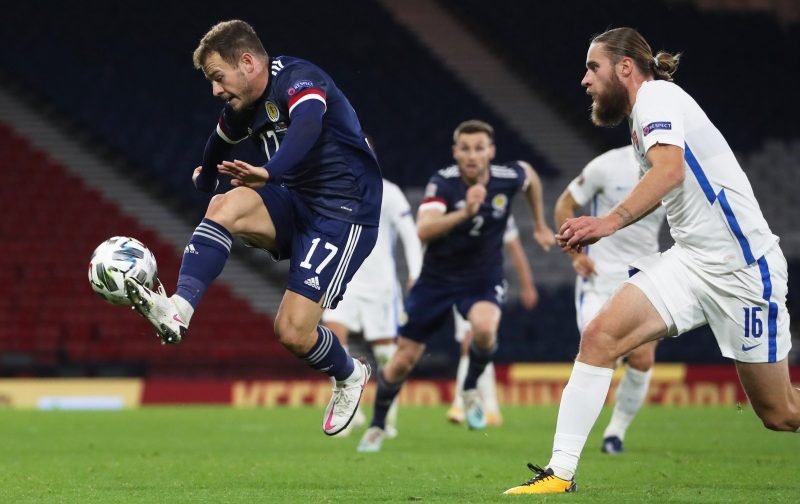 Deployed as a striker during Scotland’s UEFA Nations League win over Slovakia, a deeper look into Ryan Fraser’s performance for the Tartan Army could be exciting for Newcastle United.

After leaving Bournemouth under a cloud before Project Restart, it’s fair to say the 26-year-old hasn’t really got going yet in black and white. A debut goal against Blackburn aside, his rather slow start to life at St. James’ Park is to be expected given how long a lay-off he had prior to his move but his Scotland performance proved encouraging.

Handed the Man of the Match award, Fraser’s stats from SofaScore speak to another player able to drift off a strike partner. Indeed, Callum Wilson has enjoyed that with Andy Carroll and Allan Saint-Maximin the same manner with Wilson, so having another option to fit into a system to have brought the Magpies success can only be a good thing.

Playing 85 minutes, Fraser drew 3 fouls (more than any Newcastle player has done this season aside from Saint-Maximin) and found his mark with 89% of his passes. That kind of success rate has only been bettered by the Frenchman and Sean Longstaff this season and the fact he won 4/6 ground duels further goes to prove how tenacious he can be in the middle of the park.

Obviously, he made his name out wide and has proven he can play there to devastating effect in the Premier League but, on this evidence, could give Bruce something to think about. Using his explosive pace to stretch the game through the middle could allow space for his teammates and, considering only 25% of the team’s attacks have come from that area, could see another point of reference when going forward emerge.