Report: Newcastle would “be happy” to ensure Benitez favourite is at St. James’ Park next season 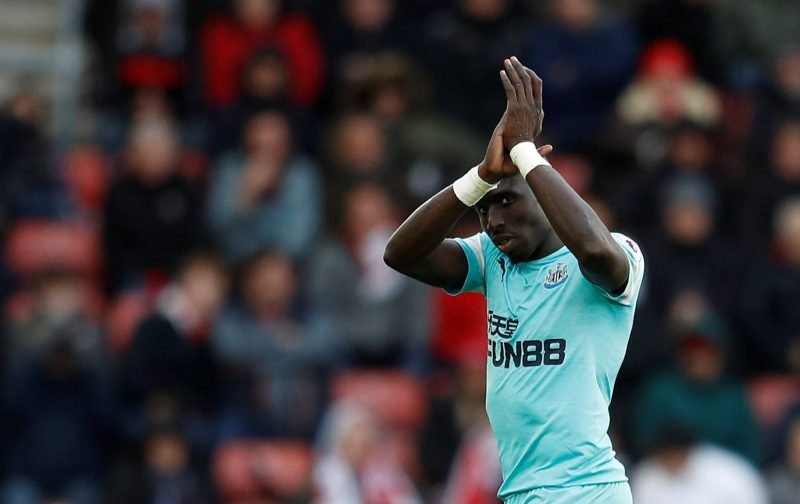 There’s a lot of uncertainty surrounding Newcastle United at present, and that certainly extends to the future of Mo Diame. The midfielder’s contract expires at the end of the season, and he recently stated, via Sky Sports, that he is eager to stay at the club. Significantly, he apparently needs to start just 3 more Premier League games to trigger an extension to his deal.

Of course, whether that happens or not remains to be seen, but Newcastle expert Lee Ryder has been discussing the midfielder’s future on the Chronicle’s Everything is Black and White Podcast, and we’ve got our clearest sign yet that he could stay.

Ryder said: “He [Diame] wants a two-year contract but a source at the club has said they would be happy to just give him the one-year contract regardless.”

Of course, Diame may have little choice in the matter regarding the potential offer of a two-year contract, as his current deal only states the need for a one-year extension. Ryder’s source seems to suggest that a new deal is pretty likely. The suggestion that he’d need to start 3 more Premier League games isn’t particularly farfetched, given the fact that Newcastle still have 9 games to play in the Premier League, and he’s already proven to be a favourite of Rafa Benitez this term, having started over 20 league games thus far.

Honestly, a deal for Diame probably does make a lot of sense. Sure, he’s no longer a youngster, and his game will begin to reduce in quality in time. However, he’d be a lot cheaper than bringing in a younger replacement, and he’s proven that he’s got a lot of legs left in him.

Not to mention, Rafa is clearly a big fan, and so you’d expect that the boss will want to hang on to him.