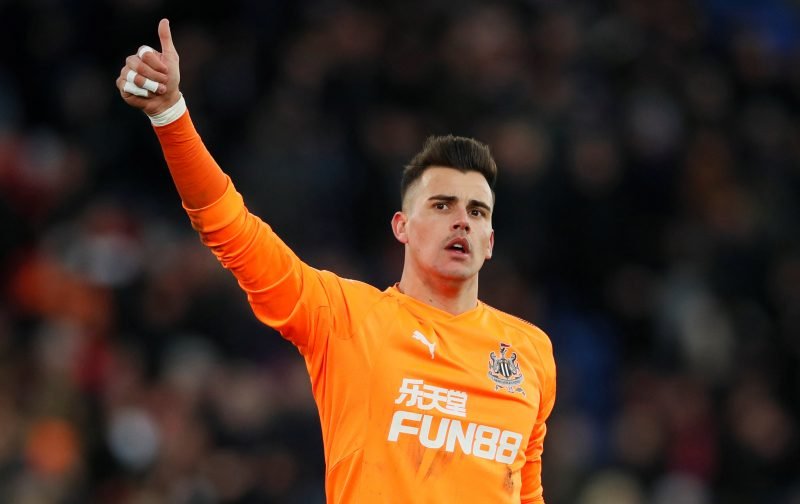 Newcastle have rejected an approach from Birmingham City to sign goalkeeper Karl Darlow on loan, a report from Football Insider has claimed.

Having released Lee Camp and allowed Connal Trueman to join AFC Wimbledon on loan this summer, the Blues are in need of a new man between the posts ahead of the new season.

It seems as though one man they had targeted to fill that role is Darlow, with the latest reports claiming that Newcastle have rejected an approach that would have seen the 29-year-old move to St Andrew’s on a temporary basis for the coming campaign.

The Magpies are thought to have decided to keep Darlow at the club for the time being, due to the fact that they want an experienced and established ‘keeper to provide back-up for current number one Martin Dubravka at St James’ Park.

Since joining Newcastle from Nottingham Forest back in the summer of 2014, Darlow has made a total of 65 appearances in all competitions for the club, helping them win promotion from the Championship during the 2016/17 campaign, and earning himself a valuation of £2.16million on Transfermarkt.

Having spent the last couple of years as second choice behind Dubravka on Tyneside, it will be interesting to know just what Darlow makes of this decision.

On the one hand, he may prefer to stay at Newcastle and compete for his chance in the Premier League again next season.

However, a move to Birmingham would have surely secured him the number one spot there for the coming campaign, giving him the first-team football he has quite possibly been crying out for these past couple of years.

Either way, it seems as though this is a sensible decision for Newcastle to make for now, since they cannot afford to leave themselves short if Dubravka finds himself unavailable for one reason or another, meaning Darlow may simply have to bide his time for now.