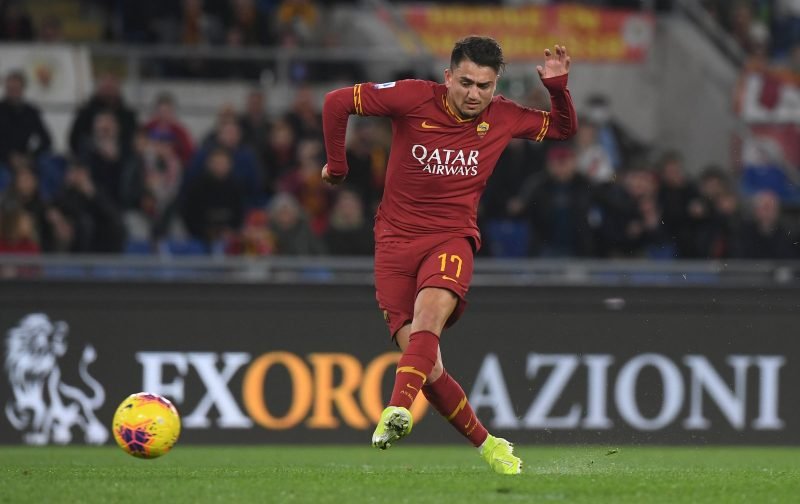 Newcastle are interested in signing Roma winger Cengiz Under, a report from Italian website CalcioMercato has claimed.

Under has made 88 appearances in all competitions for Roma since joining from Istanbul Basaksehir in the summer of 2017, scoring 17 goals in that time, although it seems his future is now somewhat up in the air.

According to the latest reports, both Newcastle and Premier League rivals Leicester, are interested in a move for the 23-year-old, as they look to strengthen their squad in what remains of the summer transfer window.

That’s despite the fact that Roma had apparently been convinced to keep the Turkish international, after a proposed move to their Serie A rivals Napoli fell through.

Even so, it is thought that Leicester are lining up a €23million bid for the wide man, while Newcastle themselves have been suggested as a possible loan destination for Under.

However, Roma will reportedly not accept less than the €25million Napoli had been set to pay for the player earlier this summer, meaning that a deal for either Newcastle or Leicester looks rather unlikely at this time

Indeed, with three years remaining on Under’s current contract with Roma, the club are in a strong position to negotiate any offers that come in for him, so it will surely take something big to bring him to the Premier League this summer.

Should Newcastle do that however, Under could be a useful signing for the Magpies, given the added depth he ought to give them when moving forward from midfield.

Indeed, this would be quite an eye-catching for the club, and you wonder whether Roma could be open to a loan move for Under, given they could then still receive a fee for him next summer.