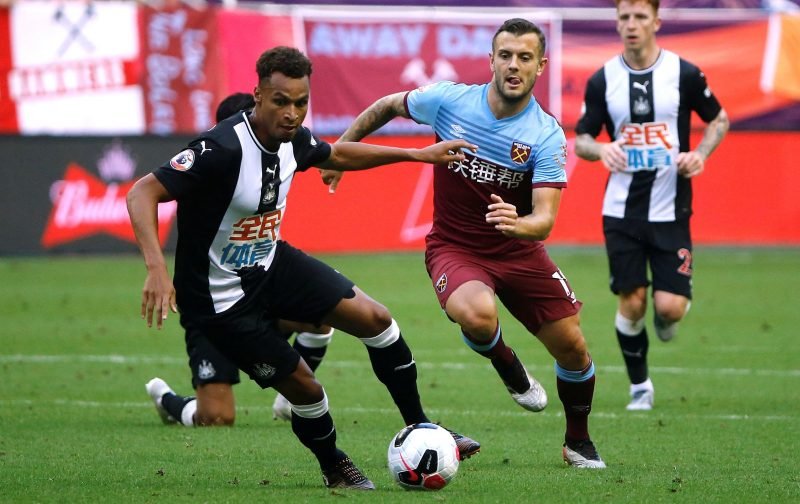 Newcastle winger Jacob Murphy is keen on a loan move to Rangers this summer, according to a report from The Glasgow Evening Times.

Murphy spent time on loan in the Championship with Sheffield Wednesday last season, and has been linked with a move away this summer, with Rangers and several Championship sides credited with an interest in the 25-year-old.

Now it seems as though Murphy has made up his mind as to where he would like to go next, with the latest reports claiming that a move to Ibrox is proving appealing to the winger.

However, it appears there is no guarantee that Murphy will get his move north of the border, with Newcastle apparently keen for the winger to stay at St James’ Park and fight for his place in Steve Bruce’s side after impressing in pre-season.

But if Murphy is unable to establish a place in the Magpies’ side come the turn of the year, it has been suggested that Newcastle could sanction a loan move for the winger – who was not part of the matchday squad for Saturday night’s win at West Ham – in the January transfer window.

This is something that seems to make sense for all concerned, one way or another.

Given Murphy appears to have impressed this summer, it makes sense for Newcastle to try and retain his services, then they can be the ones to benefit from his good form going forward.

If that does not happen by January however, a loan move could be best for all parties so that Murphy can get some regular football, and given the opportunity to compete for silverware and play in Europe it could give him, you can understand why Rangers may be the most appealing destination for the winger.