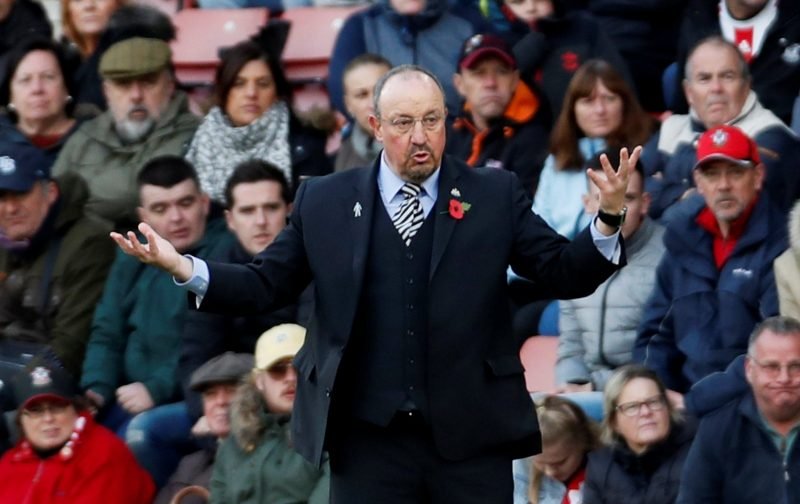 The uncertainty surrounding Rafa Benitez’s tenure at Newcastle has refused to stop Magpies’ scouts from finding the players who will upgrade the Spaniard’s squad, according to the Chronicle.

They claim that our scouting department have been tasked with finding upgrades for both full-back slots, as DeAndre Yedlin’s questionable form has not instilled much confidence in the club, while Javier Manquillo is only considered a worthwhile option to have on hand for rotation when needed.

On the left, meanwhile, Antonio Barreca being sent back to AS Monaco with his £8million option-to-buy not triggered has left Benitez facing another campaign with wide-midfielder Matt Ritchie and out-and-out left-back Paul Dummett his only options capable of playing on the flank of his defence.

No definitive decisions have yet been made as to who the club will target to come in and act as the first-choice full-back straight away, but the Chronicle believe there are more than a dozen options currently being assessed while Benitez and owner Mike Ashley conclude negotiations over the boss’ contract.

They only name one of the supposed targets, though, in Eintracht Frankfurt’s Jetro Willems, who recently confirmed that AS Roma and we are interested in offering the Dutchman a route out of the Bundesliga this summer.

The Chronicle add that we have indeed scouted him, but may be scrubbed from the lengthy shortlist once Benitez’s future is resolved.

At present, they believe both Benitez and Ashley are relaxed over the chances of the boss continuing his tenure on Tyneside, despite so far failing to reach an agreement after holding talks last week, although a resolution would be preferred sooner rather than later.

Benitez is still looking for as many assurances over the direction Ashley wants to club to go in before committing his future to the Magpies.