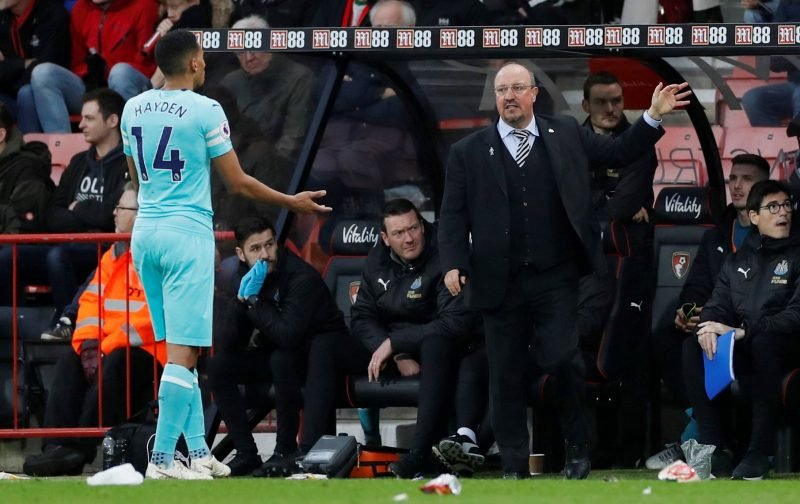 Rafa Benitez has risked sparking friction in the Newcastle dressing room, as the boss has taken a stand in Isaac Hayden’s plans to leave the Magpies, as per quotes by the Daily Star.

Hayden had shared that he wanted to leave St James’ Park in the summer to be closer to his family, after being forced to travel up and down the country for the past year as Benitez refused to sanction his exit last summer.

He now feels there are no ‘excuses’ as to why he should be retained any longer, and is confident that he has played his final game for the club.

Our Spanish head coach, however, has not given up hope that he and Hayden will both be on Tyneside when the new Premier League season rolls around, and has stated categorically that the midfielder will only leave under the club’s terms.

“I will be the first one really pleased if I stay and he [Hayden] stays, but we have to find a solution [that works] for everyone,” Benitez said, ahead of his crunch meeting with owner Mike Ashley scheduled for later this week.

“I have been talking to Isaac and told him, if you have a contract, you have to see what happens.

“He’s a person who obviously has his own issues with family that we know about, but football’s not so simple. It is not a normal job. There are a lot of things you have to analyse and we will try to do the best for him and for us.”

Hayden’s £22,000-a-week contract at St James’ Park does not expire for another two years, but there had been talk of £20million being enough for someone to buy the Arsenal product, who we signed on a bargain fee three years ago.

Benitez was part of the team who facilitated the transfer in 2016, and the boss has not forgotten that.

“Remember that I signed him for a low fee,” he added. “I told him that he could be the holding midfielder for England if he progressed and listened to all the things I tell him.

“When he was not playing, I was disappointed because I thought he could continue growing, but in the second half of the season, he has shown he has the potential.”