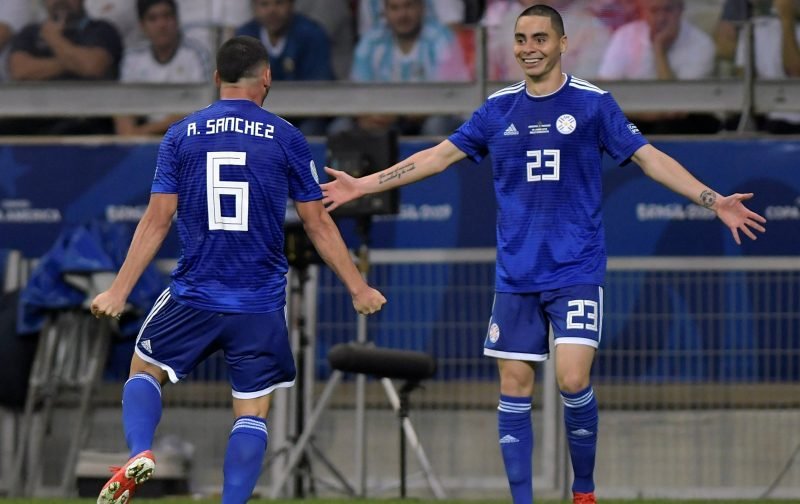 Former Major League Soccer striker Alejandro Moreno has laughed off the idea of Miguel Almiron joining Real Madrid this summer, but the ESPN pundit suggests the Paraguayan should be considering his Newcastle future.

It emerged over the weekend in the South American press that Madrid were supposedly scouting the attacking midfielder at this summer’s World Cup, having been impressed by his start to the tournament after he assisted two goals in Paraguay’s opening two Group Stage games.

Reports then flooded the English media, with speculation that Los Blancos could offer us as much as £50million for the 25-year-old, while other outlets claimed Magpies chiefs valued our club-record purchase at £35million.

Less than five fully fit months in the English game, however, would make it improbable that Almiron will become a Galactico this summer, and ESPN pundit Moreno cannot believe the 17-cap ace is even having his name connected with the Santiago Bernabeu side.

“I’m going to try to take this seriously,” the Express quote Moreno saying, as he deviated from a number of Premier League-related transfers to focus on Almiron’s future. “I’m going to be professional about this, I’m not just going to dismiss this.

“Maybe, because of the fact that Rafa Benitez, who brought in Miguel Almiron, is now gone from Newcastle, that opens a door for Miguel Almiron to have to go somewhere, because a new manager will come and maybe say ‘well Miguel Almiron is not for me’.

“That creates a situation for a player where maybe he’s not as comfortable as he thought he was going to be under Rafa Benitez. However, if you’re trying to convince me that he’s going to take a jump from Newcastle to Real Madrid just because you feel like it, that’s when you lose me.

“Come on now, honestly, what are we doing?

“It has nothing to do with Miguel Almiron, it’s as much as it has to do with the fact that some people are just idiotic in thinking that this is actually a possibility and that we can take this seriously.”