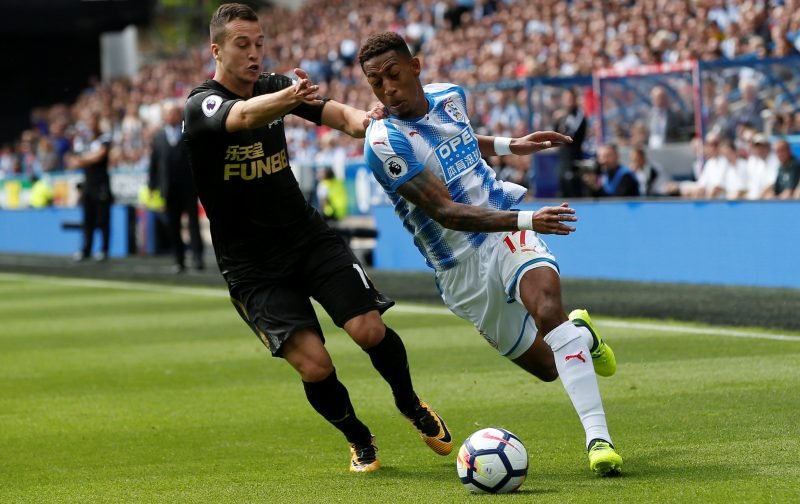 There were a number of positives that Newcastle United fans could take from last night’s Premier League clash against Everton at Goodison Park, but one player continues to fail to impress a section of the fanbase.

In the absence of Paul Dummett with his injury, Spanish full-back Javier Manquillo was tasked with protecting the left-side of the defensive line and his performance just reiterated to many fans that manager Rafa Benitez needs to find a better backup option in the January transfer window.

With Newcastle taking the lead in the game through Salomon Rondon, it was largely a rearguard action that took us to a point on the day as they dominated possession and had far greater chances on the evening, but the 24-year-old is often maligned at the club and that shows no signs of changing any time soon.

Reacting to the game on social media, these fans were quick to single him out.

Ah he was shocking on Saturday mate. No clue at all.

What does manquillo offer?

I don’t want to pick on the lad but can someone tell me how manquillo became a footballer? He’s shite #nufc

We need an upgrade on Manquillo asap!!!!!!

Manquillo looks like a competition winner out there #nufc