‘Pathetic’, ‘Nothing surprises me anymore’ – These Newcastle fans have their say on manager saga 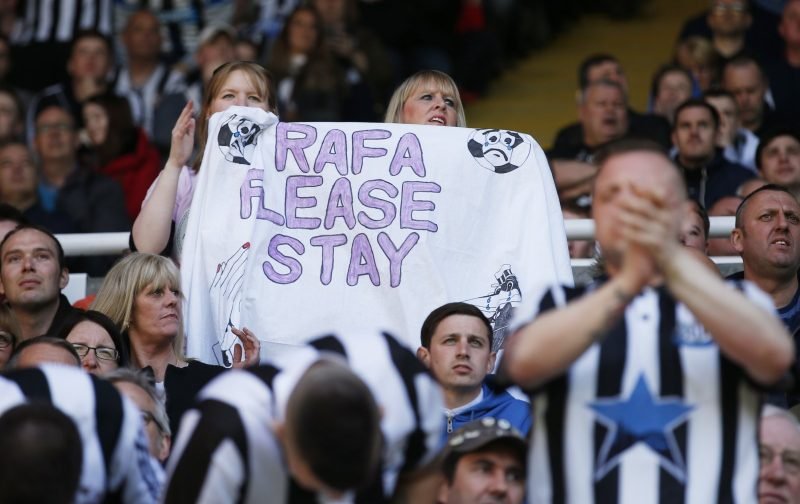 Newcastle fans have been sharing their views on social media following an article in the Telegraph suggesting the club will not rush the decision of installing Rafa Benitez’s replacement. It is safe to say that supporters are less than impressed.

The vacancy has seen many names linked, including former Arsenal boss Arsene Wenger and ex Real Madrid manager Jose Mourinho, but according to The Telegraph, they have both distanced themselves from the job.

Premier League-winning manager Claudio Ranieri and Dutch title-winning coach Giovanni van Bronckhorst have both declared their interest in the role. The report suggests current Rangers boss Steven Gerrard could also be under consideration.

The fans believe the club should not be taking the slow approach and should have had possibilities already lined up, having known for a long time Rafa could be departing St James’ Park at the end of the season.

Some of the supporters are suggesting on social media that the club will push the decision as close to the transfer deadline as possible, meaning there would be no time for them to demand certain players be signed. It could all be academic if the takeover goes through and the new owners want to install their own managerial choice.

#NUFC will resist pressure to rush a decision and sources have told Telegraph Sport that they want to keep their options open as they come to terms with the acrimonious departure of Benítez. [Telegraph]

They want to take their time until the end of the transfer window is closer and so a new manager has no time for signings. Pathetic

12 years of Ashley nothing surprises me anymore. The guy literally has no clue about football and only cares for a profit. I hope everyone boycotts until he is gone. If you don’t he will continue to do this. #EmptyTheStadium

Reason Ashley can sell NUFC for £350M
Is because Rafa rescued club got them promoted & kept them in premiership on low make do & mend budget
Ashley continued to take millions out each season funding HOF purchase + many others
Then betrays Rafa, fans & the city
Simply Shameful

Mike Ashley wants to push back getting new manager becuase it means he won’t need to spend all summer how predictable????

While he has Charnley in charge now of player sales dream world for them.

The state we will be made to start the season in is going to be absolutely horrific.

The only thing Ashley does with any sense of urgency is price hikes on strips.

You know why that is? Oh we didn’t have a manager so we couldnt sign anyone… But sells most of our best players!

They will wait until the transfer window is closed, few players sold and no money spent. Nice profit for mike Ashley and another gamble he’s willing to take.