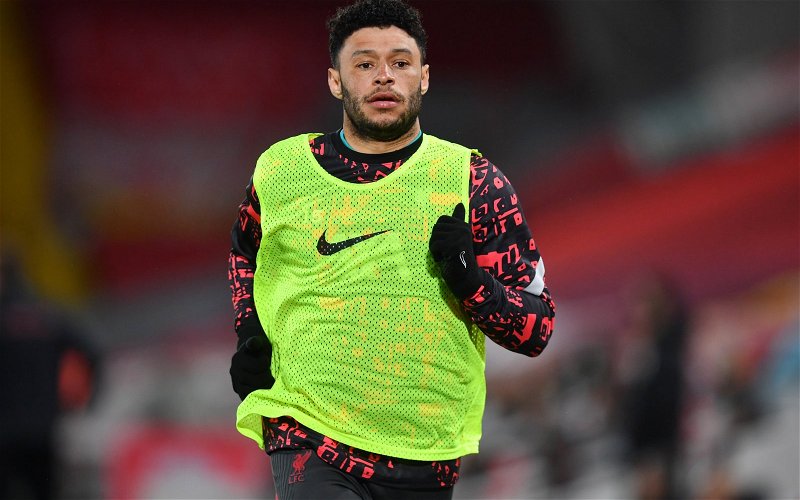 Liverpool and England midfielder Alex Oxlade-Chamberlain has been linked to a shock move to St. James’ Park.

A UEFA Champions League and Premier League winner with the reds, Oxlade-Chamblerlain has endured a testing season this campaign, which is mostly due to a string of bad luck with injuries.

It seems the winger turned centre midfielder may have to leave Anfield in order to kick start his career again and surprisingly Newcastle United are listed as one of the favourites when it comes to the betting of where his next club will be.

Sky Bet have West Ham United as favourites but at just 4/1, it seems that the Magpies are seen to be very much in the race to bring in the England international.

However, it may not be that straight forward. Ex Newcastle man Gini Wijnaldum looks set to depart Anfield this summer which might been that Klopp is more inclined to keep Oxlade-Chamberlain at the club.

As impressive as this would be as a signing, it seems incredibly unlikely to materialise for a number of reasons.

Even though, by his standards he had a poor season making just 17 appearances and scoring just once, he would surely command a pretty hefty fee.

With the takeover still very much in the air, it does not seem as if United will be spending big on anyone until a green light is hopefully given and with very little in the way of saying when that could be, it seems unlikely that we will splash anywhere near the cash required to bring Oxlade-Chamberlain to Tyneside.

Also, if the Magpies are to spend big in the midfield area, why would they look beyond Joe Willock? The popular loan signing bagged eight goals in his fantastic spell with the club.

A midfield of Joe Willock and Alex Oxlade-Chamberlain would be a dream for the Magpies, but it is the stuff of fantasy.