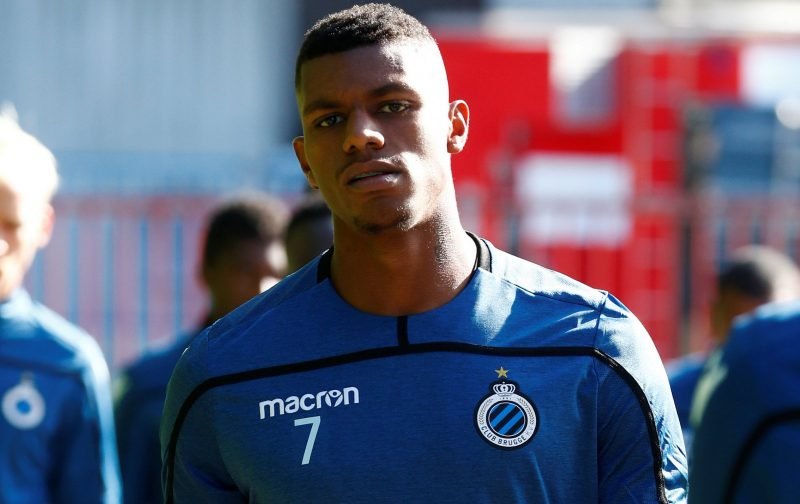 Newcastle face a head-to-head challenge with Serie A side SS Lazio if we are to sign Club Brugge forward Wesley Moraes this summer, according to the Daily Star.

They claim we are now the only two teams in the race for his signature, and barring any late surprises, he will sign for one of us before the new campaign rolls around in August.

No announcement will be made until July, however, as the 22-year-old has returned to Belo Horizonte in Brazil to enjoy a month of relaxation, on the back of a Belgian Jupiler Pro League season in which he scored ten goals and assisted a further nine.

Moraes also scored seven and assisted a further one goal across all cup competitions Ivan Leko’s Blauw-Zwart competed in last term, including two against AS Monaco in the Champions League Group Stage.

West Ham United and Bayer Leverkusen had shown interest in the Brazilian recently, too. But neither were able to convince Moraes they were the side he should join and have now pulled out of the race. As have Arsenal, who were keen on the Itabuna Esporte Clube product in 2018.

Moraes is seemingly set to be on the move this summer after he said his goodbyes to the Club Brugge fanbase last Sunday, when he was in tears as he was substituted during their final league game of the campaign against Royal Antwerp.

Any side wishing to sign the 6 ft 3, Juiz de Fora-born striker will have to pay £16million, though.

This was not the first time we have been linked with Moraes, either, as reports in Italy earlier this month also indicated that Lazio, West Ham, and we had made contact to sound out the chances of a move. There were also reports in England suggesting our scouts attended Club Brugge fixtures several times this season.