Opinion: This defender is crucial to Newcastle United 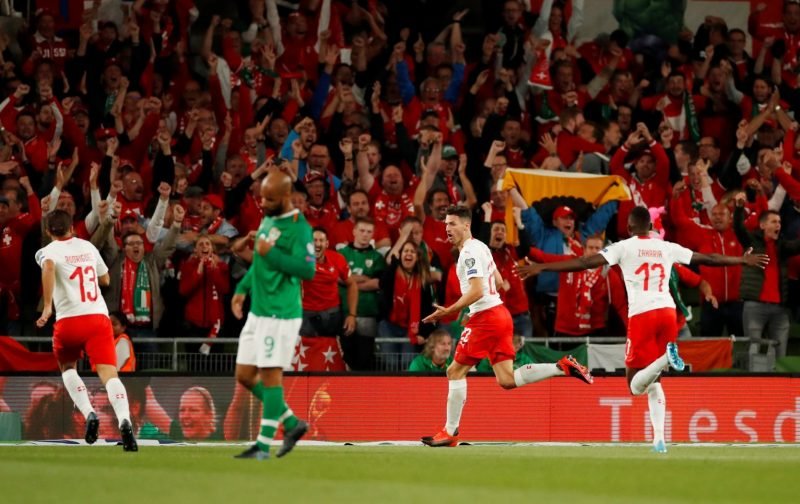 Newcastle United had a turbulent summer with the loss of Rafael Benitez and the constant fan unrest – as well as the vicious response to Steve Bruce’s appointment as Head Coach.

The feeling around the club was that there would be a mass exodus of players after Benitez left, but apart from Ayoze Perez, everyone stayed.

One of the most important pieces of business that the Toon did this summer was keeping the classy Fabian Schar at the club.

The Swiss international had a slightly dodgy start on Tyneside – he gave away a penalty on his debut and only made eight appearances in the first half of the season.

However, when Benitez switched to a five at the back Schar found himself thrown into the side and was used as the right-sided centre back – where he has played ever since.

The 27-year-old scored a brace against Cardiff City – a match that kickstarted Newcastle’s drive towards Premier League safety.

He then scored a Goal of the Season contender against Burnley at St James’ Park and in the end, he finished the season with four goals.

Another benefit that he brought to the Newcastle side was a fantastic range of passing and also his ability to carry the ball out from the back.

Many of Newcastle’s attacks are started by one of Schar’s sublime cross-field balls.

In the recent match against Leicester City in the Carabao Cup Newcastle’s goal came from a raking pass by the 27-year-old.

However, Schar is not only excellent with the ball, but he is superb without it as well.

Last season he averaged 2.5 tackles per game as well as 2.8 interceptions and 2.7 aerial duels won.

This season he has put in some goal-saving challenges and has made himself one of the first names on the team sheet.

Schar was signed for £3m last summer, and he has proved to be an absolute bargain, and he is now one of the Toon’s most essential players.