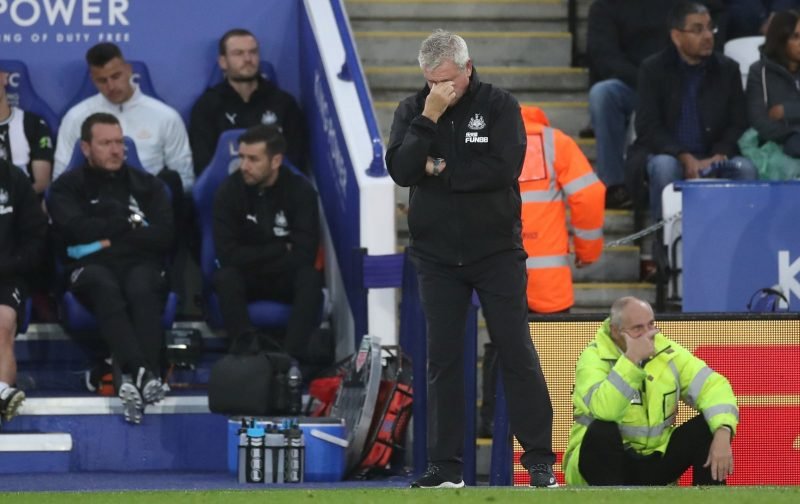 I posted an article on this very site just a few weeks ago saying how I believed that Newcastle would be fine, and this was based on the fact they had just beaten Tottenham narrowly lost on penalties to Leicester City and drew with Watford at home.

It looked like it could have been the week that kickstarted Newcastle’s season, but the last two performances have me seriously worried, and I now think that Newcastle look doomed.

The Toon were hopeless, lifeless, and pathetic in their capitulation at Leicester.

Even before Isaac Hayden was sent off, Newcastle offered no threat and allowed Ricardo Pereira to cruise through their defence unopposed and slot a finish into the corner.

These were all the signs of a team that has either given up on the manager or resigned themselves to relegation.

After the game the captain Jamaal Lascelles was as outspoken as ever, but he did not blame Steve Bruce he blamed the players.

Newcastle were badly organised throughout and on the ball they looked terrified.

The cameras panned to Bruce, and he looked lost like a man who has run out of ideas already.

He certainly has no clue how to get the best out of Joelinton or Miguel Almiron – with both players looking increasingly isolated and frustrated at the current situation.

The defence that was so good last year look like total strangers now.

What are they working on in training? Leicester are a good side who should be challenging for the top six, but they did not have their best player in James Maddison and still blew Newcastle away.

Remember the Toon had won on their last two visits to the King Power – was this really the same side that managed to grind out a 1-0 in April?

The signs are grim for Newcastle, and something has to change, or the Sky Bet Championship awaits them.