Opinion: Newcastle cannot get the best out of 25-year-old 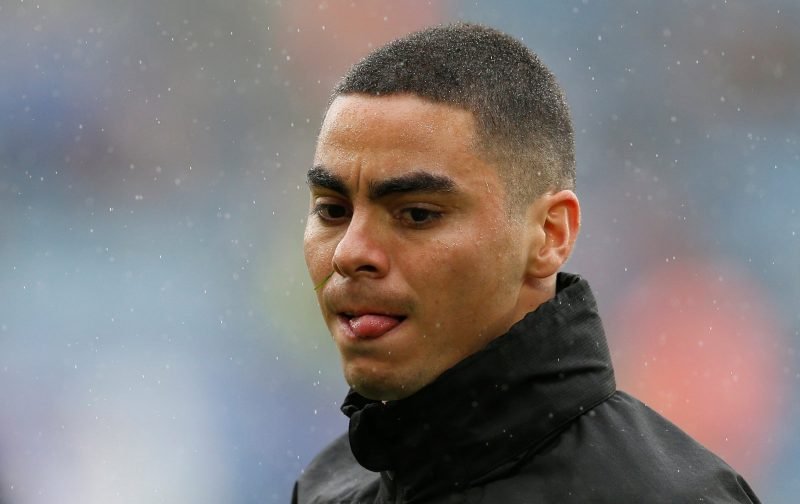 Miguel Almiron is fast turning into a significant problem for Steve Bruce because the former Aston Villa boss has no idea how to use him.

Under Rafael Benitez, Almiron did not score or assist, but he transformed the way Newcastle attacked and created space for Ayoze Perez and Salomon Rondon.

He was played on the left of a front three and had a game plan to follow. So far, under Bruce Almiron, like so many others, looks lost.

The Paraguayan international was signed from Atlanta United as the man who would make Newcastle a serious threat.

However, Bruce clearly does not know what to do with him and stuck him on the right against Leicester, where he was totally ineffective.

After the game, the former Hull boss claimed that Almiron was an inside forward and that he was trying to find a way to fit him into the side.

This triggered some reaction on Twitter and Roberto Rojas, the man who broke the Almiron transfer story, claimed that Almiron is a number ten and that he had some issues with what Bruce was saying.

Almiron’s preferred position is to play in behind the striker – so how much does Bruce actually know about Almiron?

The thing that is frustrating me is that even though he did not score or assist last season, Almiron was a positive influence on Newcastle and was clearly becoming a better player but so far this season he has struggled and is looking increasingly irritated.

I hope that Bruce can finally find a way to use Almiron or an excellent footballer could go to waste.