Opinion: New signing has made a positive start to life on Tyneside 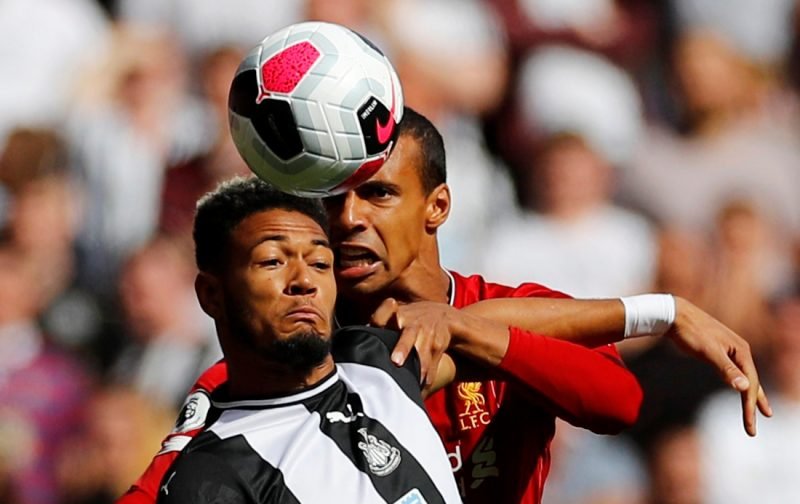 Newcastle United smashed their transfer record for Joelinton in the summer and shelled out £40m on the young Brazilian.

It was, and still is, a massive gamble but the early signs from Joelinton are good, and I would say he has settled into life at Newcastle well.

In five games he only has one goal, but then again, he only has had nine shots all season – so actually that is not a bad return.

The reason he has had so few shots is because Newcastle have had so little possession this season and their attacking players are still trying to gel.

Apart from one excellent chance against Norwich City, I would say Joelinton has done well with his shots – often creating the chance himself which is good to see from a lone striker.

He may not have taken on many shots, but it is his all-round game that has impressed me.

The 23-year-old is not as strong as Salomon Rondon but has excellent technique and can keep the ball in tight spaces.

In a lot of games, this season Joelinton has had to hold the ball up for his team and, apart from the Norwich game, he has done this brilliantly and is adept at bringing others into play.

The Brazilian also works hard for the team and is the first one to initiate Newcastle’s press. When he has the ball, he has rarely wasted it completing 86.7% of his passes.

Newcastle have faced three of last season’s top six in their opening five games and have had to accept not having much possession.

This has forced Joelinton to drop deep and hold the ball up rather than getting into the box. Newcastle face Brighton next in a game where they should have more possession of the ball, and this might finally give Joelinton the chance to show his attacking talents.

However, from what I have seen so far, I am impressed – Joelinton looks he was born to play in the Premier League.