Opinion: 25-year-old international defender is looking like a good signing for Newcastle 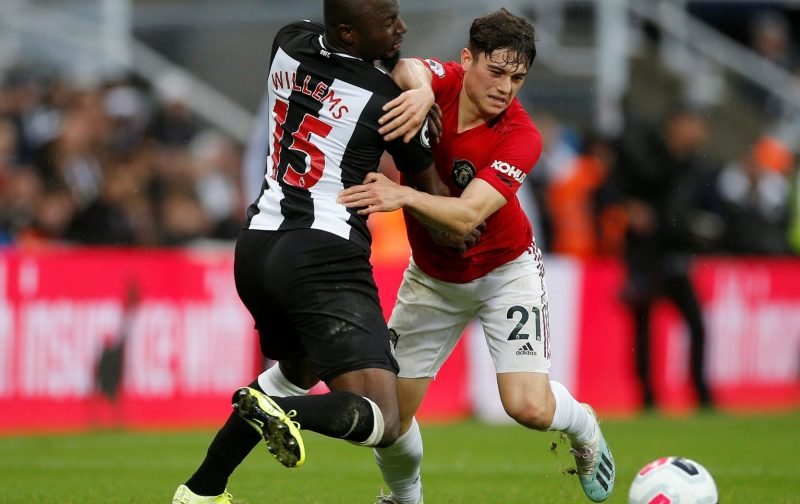 Jetro Willems arrived at St James’ Park on the same day as Allan Saint-Maximin, but it was the Frenchman who took most of the attention.

Willems was brought in from Eintracht Frankfurt on a season-long loan deal.

Expected to provide cover for Matt Ritchie, the Dutch international has instead played a significant role in the Toon’s season, and in the process, he has impressed.

His debut for Newcastle could not have gone much worse as he was at fault for Arsenal’s winning goal – misjudging a pass from Paul Dummett and allowing Ainsley Maitland-Niles to steal in and set up Pierre-Emerick Aubameyang.

After the game, Willems was heavily criticised.

The 25-year-old was next seen in the Carabao Cup, and he provided the assist for Yoshinori Muto’s equaliser against Leicester City.

An injury to Ritchie in the same game, though, meant that Willems would get the chance to rectify his debut.

He certainly did that at Anfield as he scored a Premier League Goal of the Month contender, and I would be surprised if any Newcastle player scores a better one than that all season.

The Dutchman picked up a pass from Christian Atsu tricked his way past Trent Alexander-Arnold and unleashed a rocket of a strike with his, so-called, weaker foot that flew into the top corner.

This was the perfect way to resurrect his Toon career.

A slight injury ruled him out of the Toon’s humiliation at Leicester before he returned to the starting XI on Sunday and provided the assist for Matty Longstaff’s winner.

Willems did exceptionally well to stay onside cut back inside past a few Manchester United defenders and lay the ball on a plate for Matty to bury.

However, it is not just going forward where Willems has impressed.

In defence, he has kept two clean-sheets and has made 1.8 tackles per game, as well as 0.8 interceptions.

Not bad for a loan player from Frankfurt.

If Willems can continue this form, then he will be a great asset for the rest of the season and hopefully beyond.