Offer made: It’s time for Newcastle to cash in on talented 27-year-old – opinion 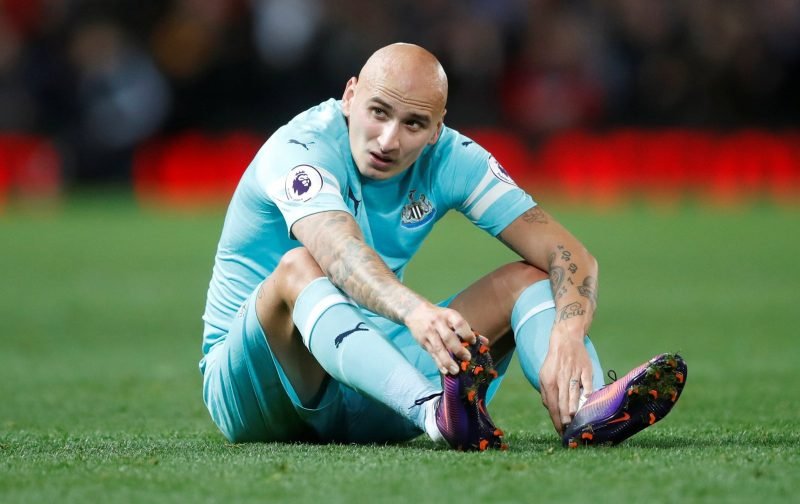 An interesting summer is on the horizon for Newcastle. Plans are already underway, it seems, and one man that is facing an uncertain fate is Jonjo Shelvey. He’s hardly played in recent weeks, and according to the Chronicle, an offer for the midfielder is on the table.

That will leave the club, and Rafa Benitez, with a decision to make. Do they cash in on a player that has hardly played, or do they keep him in the hope of him recovering his best form?

It’s a tough decision to make, as certainly, Shelvey at his best would be an important player at St. James’ Park – but at this point, it’s tough to suggest that him staying at the club is the best course of action for Newcastle.

That’s because, as mentioned, he’s simply not the same player that he once was. Injuries have taken their toll, and the fact that he’s hardly played over the last few weeks, despite Newcastle’s lack of quality depth, speaks volumes about his current position in the squad. Rafa Benitez is a great manager and a solid judge of talent, and so there’s clearly a reason why he hasn’t been playing.

With players like Sean Longstaff improving and finding their feet, the simple fact of the matter is that Newcastle are moving on, and they’ve proven this term that Shelvey is no longer required to take the club to the next level.

The Chronicle report that a £20 million offer has been made, and that’s an important consideration too. You could argue that it’s worth keeping Shelvey around, but the Magpies simply can’t afford to have a player worth that much sitting on the bench.

A few years ago, the situation would have been very different, but right now, selling Shelvey seems like an obvious choice.