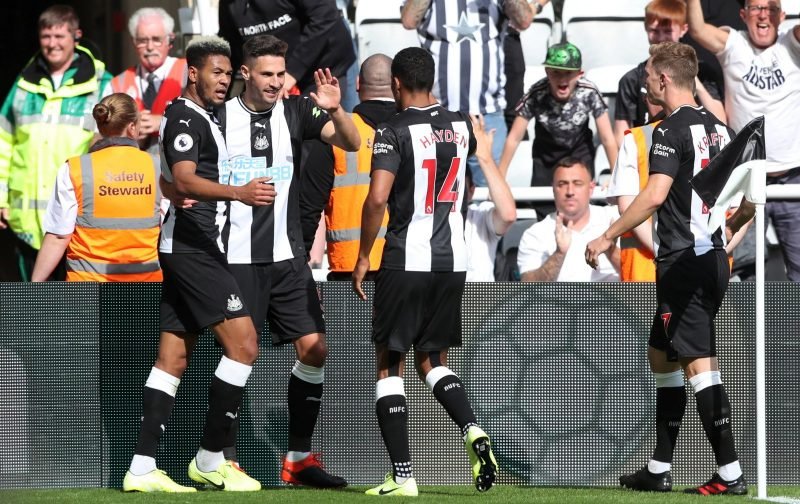 Fabian Schar continued his fine form in 2019 over the international break with Switzerland – as the 27-year-old scored a brilliant goal against Ireland and also provided an assist in the match vs Gibraltar.

Steve Bruce was quick to praise his centre-back and suggested that Schar may have a new role from now on.

Schar played at the centre of the back three for his country and that allowed him to stroll out of the defence whenever he wanted to.

Bruce, when speaking about Schar, seemed to suggest that he was thinking about playing him in the centre of his defence rather than on the right.

Newcastle usually have Jamaal Lascelles in the middle as he is the least mobile and also the worst technically of the Toon’s defenders.

Moving Schar into the centre would either mean Lascelles was dropped or moved out onto the right where he would unlikely to be too comfortable.

In fact, last season Lascelles refused to play in a similar position when he was asked to by Rafael Benitez for the Chelsea game – so it is unlikely that Lascelles would be too happy with Bruce if he decided to put Schar into the centre of the defence.

Schar is probably Newcastle’s best defender, but I don’t think it is worth potentially annoying the Newcastle captain by moving him into the middle.

The system that is currently being used works and should be left alone.