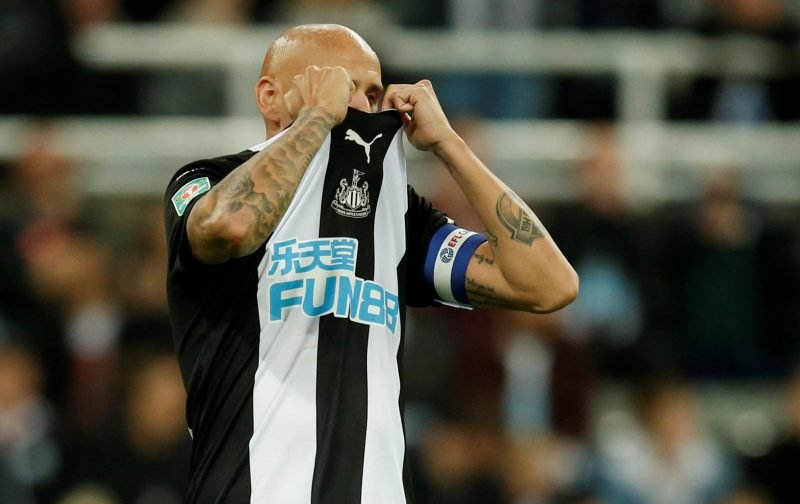 Newcastle United never seem far away from a crisis and after a shocking defeat to Norwich City Michael Chopra went on to talkSPORT and claimed that Steve Bruce did not work on tactics.

He also said that a member of the dressing room told him the players didn’t know what was going on.

Since then Newcastle have beaten Tottenham Hotspur, narrowly lost to Leicester City on penalties and drew with Watford at home.

It seems that Steve Bruce’s ideas are now starting to be taken on board by the squad.

Jonjo Shelvey, however, was unhappy at Chopra’s claims and told the Evening Chronicle that he did not even know who Chopra was and that he was simply trying to get his name in the paper.

Shelvey has spoken a lot about how Bruce is a positive impact on the squad and has claimed he is one of the best man-managers he has ever worked with – so he believes Chopra’s claims are nonsense.

The 28-year-old was going to be a central part of Bruce’s 5-3-2, but that has quickly been scrapped for the 3-4-3 that Rafael Benitez used, and Shelvey has found himself back on the bench; however, he believes that he will win his place back soon.

The former Liverpool man has never hidden his feelings when talking about football, and he seems really happy under Bruce.

Certainly, he believes that Chopra’s interview was rubbish and the squad are behind their new boss.