“Inexcusable”, “Absolute clown” – Lots of NUFC fans hammer “liability” who was a “disgrace” 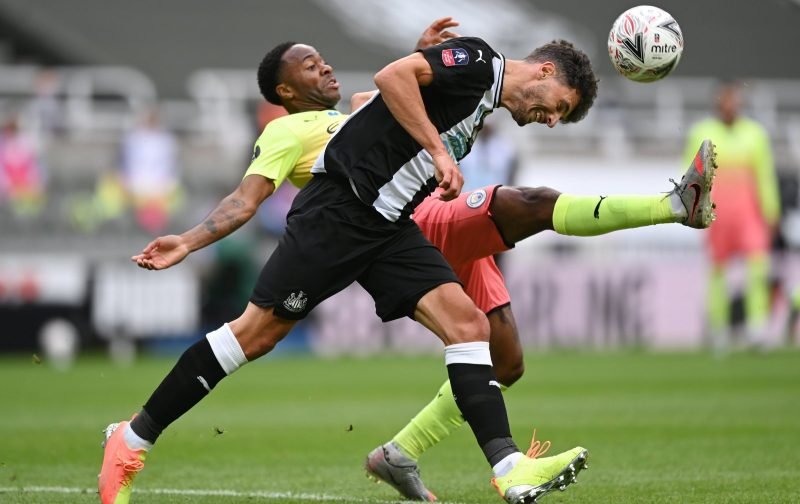 The visitors took the lead eight minutes before half-time after being gifted a spot-kick when surprise starter Fabian Schar pushed Gabriel Jesus to the floor on his second attempt before Raheem Sterling fired one past Karl Darlow halfway through the second period.

Steve Bruce’s Magpies now only have their league standing to battle for.

Did Steve Bruce get his tactics right vs City? 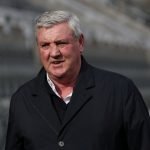 Despite no supporters being in attendance in the northeast, many tuned in from home with the game broadcast live on BBC, and it was the error-prone Swiss defender received the brunt of criticism on social media.

It was Schar’s first start since the defeat to Crystal Palace back in February and the £11.7m-rated ace was slammed for being a “liability” by some fans whilst others called him an “absolute clown.”

Per SofaScore, the 28-year-old picked up a 6.6 rating after losing possession 15 times, having a 55% pass accuracy from just 24 attempts but did record five tackles and four interceptions.

Said it for ages… he’s useless at defending

He is a liability at times. Just silly

He’s a liability. Hasn’t got the concentration to play against top sides

100% he is a liability, makes stupid mistakes like this regularly

Yes, absolute clown doing that there

Big fan of Schar but tonight’s performance is inexcusable. First time in the quarter’s for years and he doesn’t seem to care, not just not showing up, actively not caring. Strange. #NUFC

What the hell has happened to Fabian Schar, looks absolutely rattled everytime the ball comes near him. #NUFC

Schar been the biggest embarrassment I’ve seen in an nufc shirt in years!

Have to say Schar has been absolutely woeful. Might as well not been on the pitch. Gave the penalty away, stood for sterling goal. Seems to have spat his dummy out for not being in the team #NUFC

Schar has spat his dummy out big time this season ..Shocking display today by a so called professional. #NUFC