Newcastle star to tell club he wants to leave 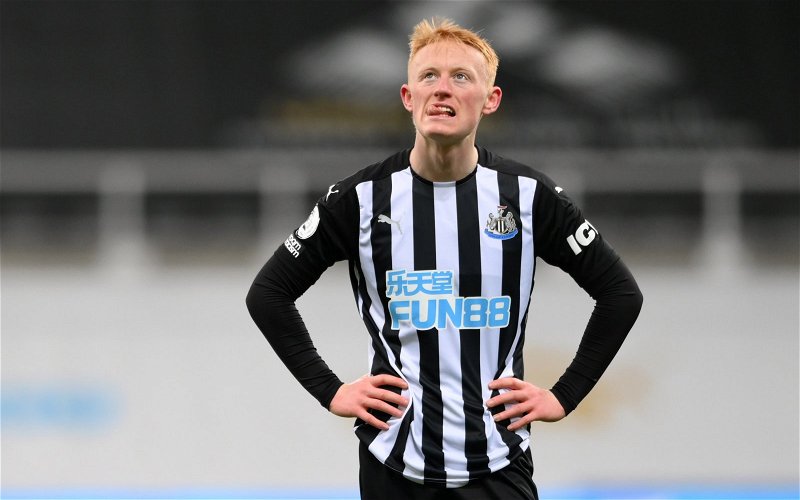 it has not been a great season for Newcastle United’s highly rated youngster Matty Longstaff and now he is said to have shocked the club by saying he wants to leave.

A lot of this has not been the players fault who has been criminally underused and under appreciated by Head Coach Steve Bruce.

There was much speculation about the 21-year old’s future last summer as he was out of contract with his hometown club but fortunately the club were able to tie him down to another two year deal.

A report in the Football Insider states that the ginger midfielder is unhappy that promises given to him by Bruce have not been kept and he is reportedly rightly angry about his lack of game time.

He did have injury concerns earlier on in the season but was brought back into the fold around Christmas time for a run of games against Manchester City, Liverpool and Leicester City.

Against three of the top five in the division, the youngest Longstaff did not look out of place at all and if anything the energy that he brought to the side was brilliant. Unfortunately, he was seldom seen after that and has been lucky to see his name on the substitutes list.

Given some of the players who have been given game time ahead of him such as the misfiring Jeff Hendrick and Jonjo Shelvey, Matty not even making the nine man bench is a disgrace.

Football Insider understands that he will not be putting in a formal transfer request but has asked the club to stand aside should an offer come in.

United do not have a lot of power in the situation with the youngster having just one more season left on his deal and as such we may not be able to command a price that his potential should be met with.

No-one can blame the lad for not being happy at how he has been used and it is yet another sign of Steve Bruce being absolutely useless.