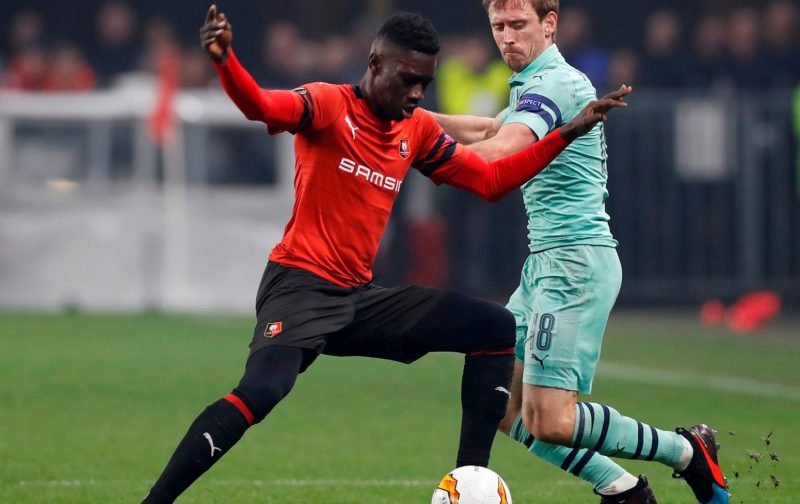 Mike Ashley finally broke Newcastle’s club record for a transfer in January by signing Miguel Almiron, and reports by L’Equipe suggest United are preparing to do it all over again to land Stade Rennais star Ismaila Sarr.

The Senegal international has long been a rumoured target of Rafa Benitez, with L’Equipe reporting back in 2017 that the Spaniard had his eyes on a then 19-year-old Metz winger, as he sought to bolster our flanks upon securing a return to the Premier League.

A £10.4million offer was not accepted by his former Ligue 1 side, though, as they held out until Rennais offered $20million (£15.9m) for Sarr, who later revealed he rejected the chance to join FC Barcelona in favour of the Roazhon Park as it was too early in his career for a move to the Camp Nou.

Being knocked back two years ago has failed to dent Benitez’s appreciation of the 21-cap ace, however, as he reportedly feels he would be a great addition to the Magpies ahead of next season, having been involved in 24 goals across all competitions last season (13 scored, 11 assisted).

The Europa League was where Sarr was most prolific, with the youngster striking a goal every 184 minutes in the UEFA competition, including the winner against Arsenal in their Last 16 First-Leg encounter.

His efforts for Los Rouge et Noir have driven his price up massively from what Rennais paid Metz in 2017, though, as the Roazhon Park natives are understood to have rejected our €30million (£26.8m) offer for the 21-year-old.

We are expected to go back in with an improved bid, however, but to what extent that remains to be seen.

Le10 Sport had reported last month that Rennais value Sarr as high as €50million (£44.7m), as they fear missing out on another payday having sold Ousmane Dembele to Borussia Dortmund for €15m (£13.4m) a year before he joined Barcelona for an initial £96.8million rising to £135.5m with add-ons.

Newcastle are not alone in being interested in a move, either, as Watford, Leicester City, AS Monaco, AS Roma and Inter Milan were all mentioned by the French outlet, while Goal France suggested Arsenal had opened preliminary talks back in March.

How can we bid for players when we don’t know who the manager or owner will be. No transfer rumours are true are believable until the above is resolved

No chance we have bid made this player , current rejected offer is more than 10 million , I rest my case

There is not a chance nufc have bid for anyone as long as takeover talks are in progress.

If negotiations are as far down the line as reported in regards to a takeover, it means we can’t bring anyone in yet.

IF (big) we were to spend that sort of money who are we selling to do so?