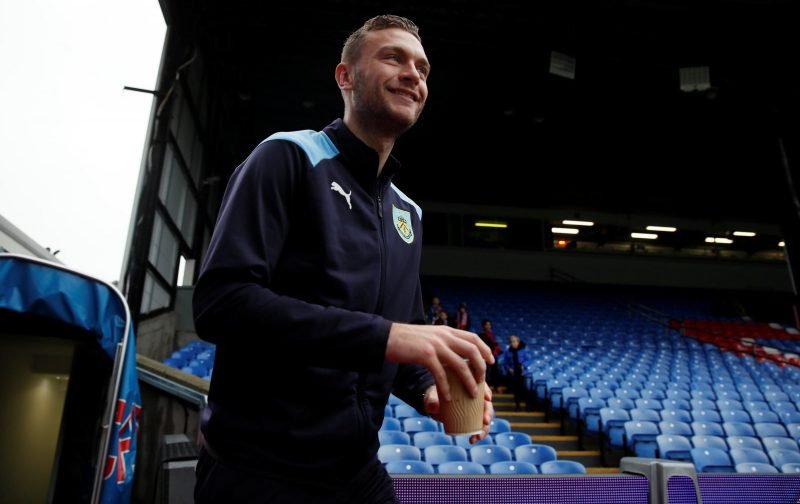 Newcastle are looking to complete a cut-price deal for Burnley defender Ben Gibson, according to The Northern Echo.

New Toon boss Steve Bruce has long been an admirer of the Clarets defender and attempted to lure the 26-year-old to Villa Park last summer while still in charge of Aston Villa, but saw his efforts rebuffed in favour of a move to Turf Moor.

Sean Dyche rarely turned to his £40,000-a-week centre-back during the 2018/19 season, however, and is now open to parting ways with the former England youth international after he made just five appearances for the Lancashire side during an injury-ravished term.

Burnley paid £15million to acquire Gibson from Middlesbrough last summer, and are now open to offers for the Nunthorpe-born defender, but will retain his services if a suitable offer is not received.

Newcastle executives are reluctant to meet the figure paid by the Clarets in 2018, and are instead pushing for a cut-price deal in order to hand Bruce the defensive target he has identified.

Gibson was on the fringes of the senior Three Lions squad toward the end of his time with Boro, and made the bench of Gareth Southgate’s England side on three occasions.

The 6ft centre-back’s willingness to move on to his third permanent home inside a year has not been acknowledged as of yet, but the 26-year-old would have plenty of potential suitors lining up should he decide to call time on his Burnley career.

As well as Newcastle, Premier League new boys Aston Villa, Norwich City and Sheffield United are all interested in Gibson’s availability, while Leeds United are considering a rival bid to prevent the Boro product returning to the Riverside Stadium.

Like with the Magpies, though, Middlesbrough would only pursue a move for Gibson if the price is right for both sides involved in the deal.

Although the 26-year-old only made one Premier League appearance last season, Gibson is defensively solid historically, with an 80% tackle completion rate over the past six campaigns across the top-flight and second-tier.