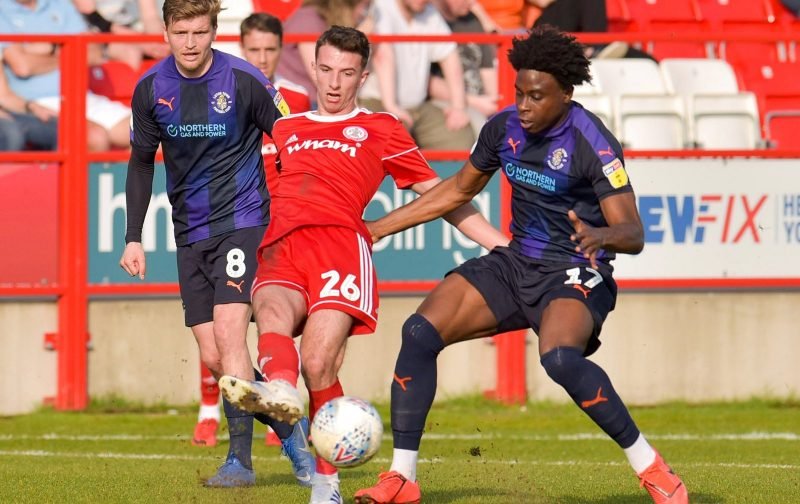 Newcastle United youngster Dan Barlaser has returned to Tyneside after having his loan spell at Rotherham United cut short.

The decision was made over a coronavirus fear, with the club’s doctor Paul Catterson saying that the player should go into self-isolation.

It’s a call that both Newcastle and Rotherham both would not want to have had to make, with Barlaser being a very important part of Paul Warne’s side this season as they push for promotion back to the Championship.

In fact, he has been one of the standout players in the squad. The 23-year-old and former Turkey U17 international has averaged a juicy 7.24/10 according to WhoScored, which is the second-highest average match rating in the entire squad for players who have featured more than 10 times.

Thus far, he has been able to score twice as well as create five goals – making him the joint-leading assist maker in the team, alongside Ben Wiles.

With the Millers second in the table, they will feel as if this could be a huge blow to their promotion chances, though football still seems a long way away at this stage with the outbreak of the coronavirus.

It has been made official that no football will begin again until at least April 30 – well over a month away – so the implications won’t be felt for a while for Rotherham.

For Barlaser, this will be frustrating in many ways as he has played well for Paul Warne all season and now he won’t be there if the season does finish as they try to get back into the second-tier. On the other hand, as the Chronicle have reported, Steve Bruce was always wanting him back this summer to take a look at him more closely, so perhaps he will get a longer period to make an impression before the start of next season.