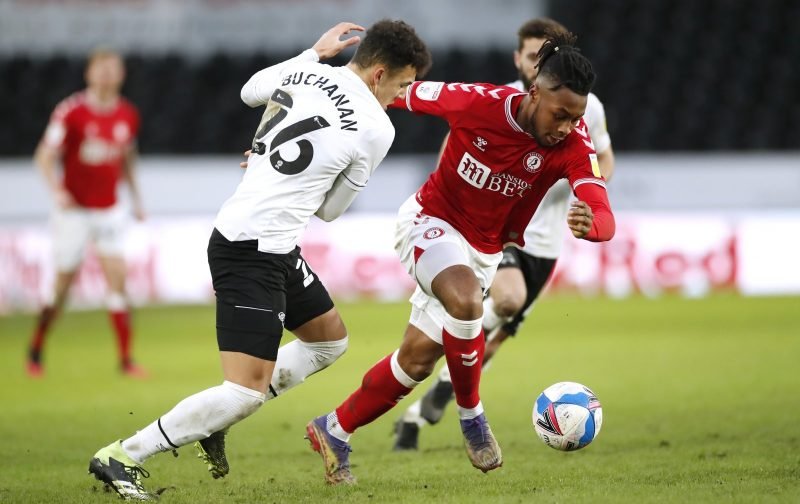 A report in Bristol Live states that the youngster’s stock is rising in the game and there is serious interest from the Premier League for the Robin’s youth academy graduate.

The report states that the Magpies aren’t the only side keeping an eye on the forward with Crystal Palace and West Ham also keen on the player and Chelsea and Everton are thought to be long time admirers of the 21-year old.

The young striker has played in the North East before as he had brief loan spell at Sunderland but he was unable to help them gain promotion as they were condemned to a third season in the third flight of English football.

Taking a brief look at the goalscoring record that Semenyo possesses, it is not a transfer that would get fans too excited on Tyneside as it is clear the forward still has some way to go in his development.

In 60 appearances for City, Semenyo has scored five times, he noticed six times in 32 games during his loan spell with Newport county and he didn’t trouble the scoreboard during his seven game stint on Wearside.

It’s a far cry from the extravagant and fanciful transfer links of last summer with the club seeming to be the benefactors of new multi billionaire owners but investing in a player who has played almost 100 times in senior football before his 22nd birthday is the type of move I can see happening at St. James’ Park.

The whole transfer model at the club is trying to find young players on the cheap and be able to sell them on for a healthy profit a few years down the line and Semenyo fits the bill. This one could have legs.