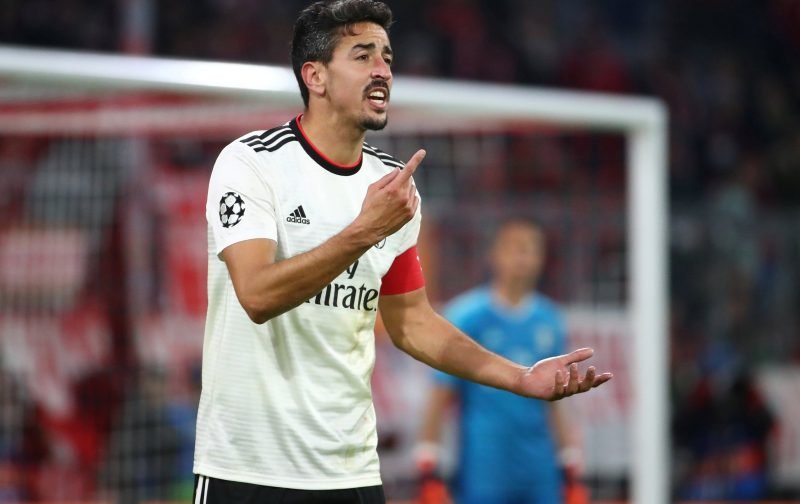 Newcastle have joined the race for Benfica right-back Andre Almeida, according to Record, but not every United supporter is convinced the club are as keen in the defender as suggested.

The Portuguese publication claim the 28-year-old caught our intrigue in the 2018/19 season, and may be one of the options Rafa Benitez will look to explore if he is still in charge come July, given the wing-backs slots are two positions the Spaniard is intent on strengthening this summer.

Benfica have already named their price for the 8-cap Portugal international as well, with the Express reporting last month that Everton and West Ham United were told they would have to pay £8million if they want to bring the 14-goal defender (two scored, 12 assisted) to the Premier League.

Wolverhampton Wanderers were also tipped to be in the hunt for the Alverca product who can play on either side of defence and in midfield, while Leicester City and Brighton & Hove Albion have now been mentioned in Record’s report.

Given the uncertainty surrounding Benitez’s contract and the proposed takeover, though, we may be in the worst position to progress with negotiations out of all the sides said to be interested.

Almeida turning 29 in September could also put Mike Ashley off reaching into his pocket, even though the Lisboa-born defender would bring a certain steely leadership quality to our ranks, having worn Benfica’s captain’s armband on 12 occasions in the 2018/19 season – just seven fewer than veteran centre-back Jardel.

Who’s showing signs of being keen on this player ??

How can these stories possibly be true? Rafa doesn’t know if he’s staying and we don’t know who will be owning the club.

Who is keen? Who’s making the move? Rafa? Mourinho? Pardew? Or Fat mike himself?

Put this in the skip