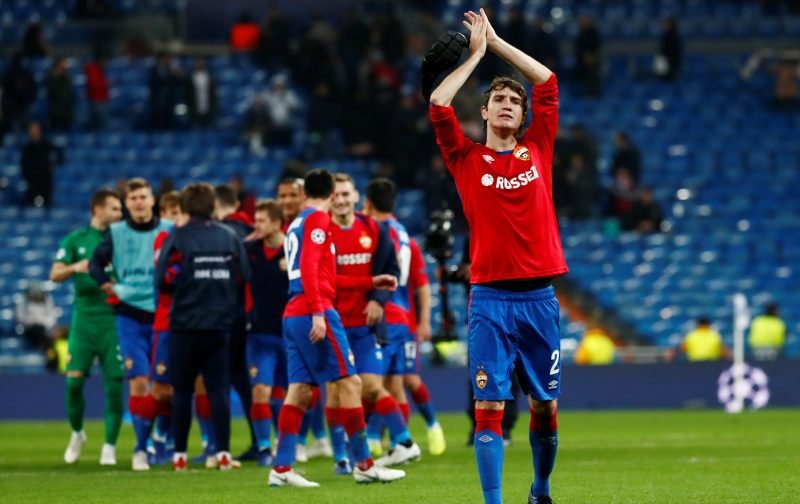 Our future wing-backs appear to be the transfer story of the moment in terms of incomings to St James’ Park this summer, and now it is the turn of the Mirror to link the Magpies with a new right-back.

The daily newspaper have suggested we are plotting a mega-money move for CSKA Moscow ace Mario Fernandes, as we look to upgrade Rafa Benitez’s regular defensive options DeAndre Yedlin and Javier Manquillo.

Fernandes is considered to be an ‘ideal replacement’ for the pair, but any move would be expensive, however. The Mirror understand club chiefs are considering a deal at £26.4million, as the 28-year-old is an ever-present for Koni boss Vadim Giner.

We would also face opposition from La Liga heavyweight Atletico Madrid if we were to make a move, as Diego Simeone’s side are thought to be keeping tabs.

The allure of the Premier League, though, is tipped to be one of the bargaining chips we will use in any negotiations with the right-back. They even suggest we may act quick to get a move agreed.

But for that to happen, owner Mike Ashley will have to have agreed to extend Rafa Benitez’s contract or hire someone to replace the Spaniard, as it is widely acknowledged we will not be making any signings until we have a manager in place for next season.

The Mirror note this, as well, and claim Fernandes’ decision may hinge on whether Benitez is at the club next term or not.

What we would get if we signed the 16-cap Russia international, born in Sao Caetano do Sul, Brazil, is a right-back who has made 34 appearances across all club competitions this term. The 6 ft 1 ace has also averaged 2.2 tackles, 2.1 interceptions, and 1.6 key passes per ninety minutes in the Champions League and Russian Premier League combined this season.