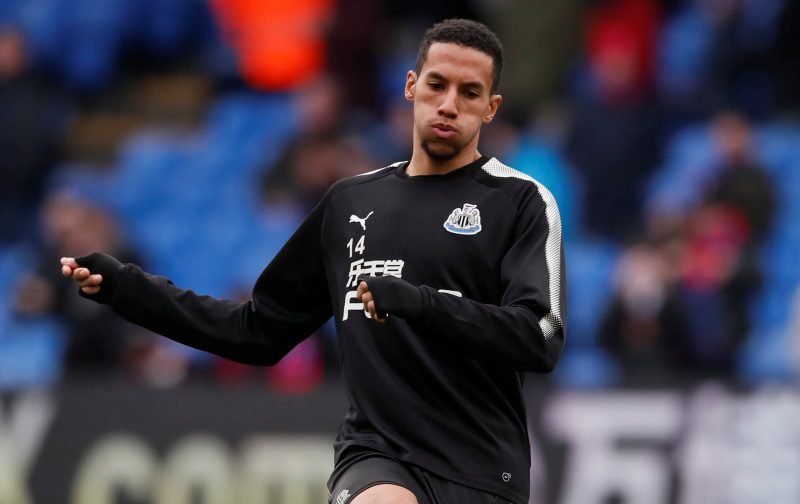 Newcastle could be set to lose another player, according to The Northern Echo.

They claim midfielder Isaac Hayden could finally get his wish and leave Tyneside. It is suggested he wants to move for personal reasons and move further south to be closer to family.

The 24-year-old made 25 appearances last season and is now valued at £7.2million by Transfermarkt. However, The Northern Echo claim Newcastle are demanding £15million.

Hayden handed in a transfer request last summer but no move materialised. However, he has multiple clubs interested in signing him.

Wolves and Watford have previously considered making a move for the player, but West Ham United and Brighton now appear to be the two most likely contenders for his signature, according to the report.

It is believed Newcastle being manager-less has not complicated the situation for the player or the club, he wants to leave and they are willing to sell at the right price.

When speaking earlier in the summer about the potential of the club Hayden said: “They have to see what’s there in front of them – 52,000 fans, a stadium that’s packed every week. It’s always packed. Fans home and away, a one-club city. You know, the infrastructure is there. Everything’s there.”

Ayoze Perez has sealed his transfer away from the club and time will tell if Sean Longstaff will move to Old Trafford.