Newcastle considering move for £2.25m-rated talent but Toon approach would be puzzling – opinion 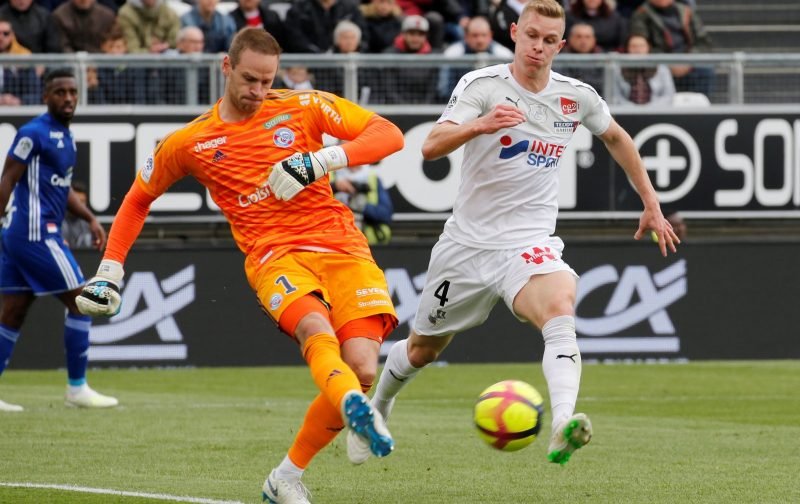 Newcastle are considering a move for SC Amiens right-back Emil Krafth according to the Chronicle.

The Magpies are believed to have used the Ligue 1 side’s recent pre-season friendly with Championship side Hull City as a chance to run the rule over the Sweden international, as United chiefs are looking for defenders who could rival DeAndre Yedlin next season.

Toon talent spotters were also in attendance at the KCOM Stadium to cast their judgment over the Tiger’s Jarrod Bowen, as the 22-year-old impressed many with his efforts last season when he struck 22 goals in 46 games – 20 of which came from the right-wing.

A move for Bowen could be dependent on the club’s efforts to sign Allan Saint-Maximin, though, as the board are yet to return to OGC Nice with an improved offer after seeing their initial €16million (£14.3m) approach rejected.

Steve Bruce is now open to the Frenchman’s arrival, despite early concerns the new boss on Tyneside had been unimpressed with the forward’s attitude like his current boss Patrick Vieira.

As for Krafth, Newcastle making a move to sign the Amiens defender would be rather puzzling, given the club’s mandate of searching for someone who can arrive on Tyneside to challenge Yedlin for minutes.

The 24-year-old may have represented Sweden’s senior side 20 times, but he struggled to earn his place at Bologna following his summer switch to Italy in 2015.

At first, his absence was down to lumbago, and then a bruise to his shinbone, before he was omitted from the matchday squad on a regular basis until the turn of 2017. Less than a year later, and £2.25m-rated Krafth was back on the bench, where he would often stay until joining Amiens on loan for their ‘18/19 Ligue 1 campaign.

Krafth would only sit out six of a possible 42 fixtures with Les Licornes, who turned his temporary move into a permanent arrangement earlier this summer by signing the 6ft right-back to a three-year deal.

Comparing Krafth’s Ligue 1 numbers and Yedlin’s Premier League stats from the 2018/19 season per minute also raise further question marks as to why he could be seen as a comparable player, even though the American often leaves Toon fans perplexed.

The Sweden international was also dribbled past more frequently (once every 90.1 minutes compared to 112.5), achieved fewer interceptions (one every 135.1 to 88.4), and blocked fewer crosses (247.8 to 145.6) and passes (198.2 to 95.2). Krafth did come out on top in terms of committing fouls, with the referee halting play every 74.3 minutes due to the 24-year-old’s actions, compared to Yedlin earning the official’s attention every 60.4 minutes.

Krafth may be a cheaper alternative to Rangers’ £10million-valued James Tavernier or AS Monaco’s €15million (£13.4m) Djibril Sidibe, but better? That remains to be seen.