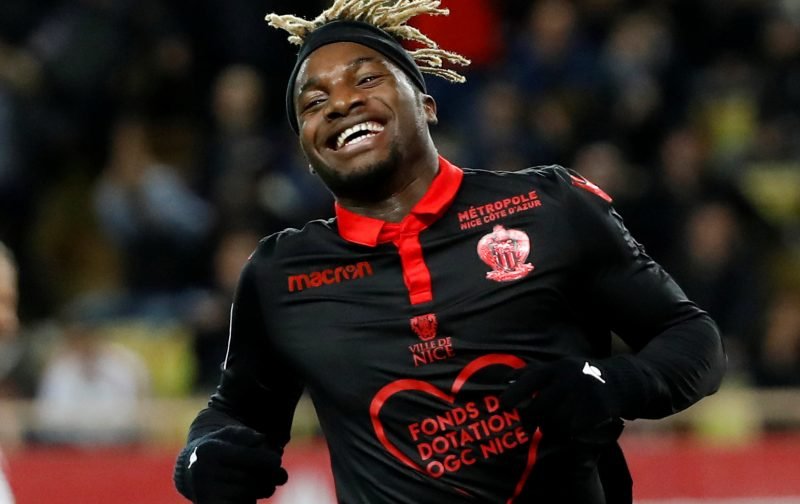 Newcastle are stepping up their efforts to complete a move for OGC Nice winger Allan Saint-Maximin, with Nice Matin reporting that United have lodged a €25million offer for the winger.

This is not the first time that we have been linked with the 22-year-old either, as Nice Matin reported last month that United, Everton and Crystal Palace were showing an interest in the potential of a deal, although his Ligue 1 side would be looking to chase €40million (£35.7m) for his services.

No side has shown a willingness to meet that figure, however, and Get French Football News now expect Nice President Gauthier Ganaye to demand closer to €30million (£26.8m) following our €25million (£22.3m) bid claimed by Nice Matin.

Neither Nice Matin nor GFFN suggest the €25m offer has been accepted by Patrick Vieira’s Allianz Rivera natives, though, but Nice Matin believe a deal could be close as the former France youth international would not be very far from reaching an agreement over his personal terms.

The 5 ft 6 right-winger, who scored six goals and was credited with five assists in Ligue 1 during the 2018/19 term, currently earns a reported £19,713-a-week at Les Aiglons, on a contract which runs until the summer of 2022.

A similar figure would make Saint-Maximin one of our lower earners, although it would be expected that he would demand a pay rise given we only pay our youth players a smaller fee.

The Nice winger’s sudden acceptance of a move to Tyneside signals somewhat of a step down in his expectations as well, according to GFFN at least, as the Sainte Etienne product had been chasing a move to a side competing for domestic or European honours, but to no avail.

AC Milan had been interested throughout the recent campaign until Gennaro Gattuso was sacked and Leonardo left for Paris Saint-Germain, while Chairman Ivan Gazidis feels Saint-Maximin would be too expensive for the San Siro natives, as per CalcioMercato.