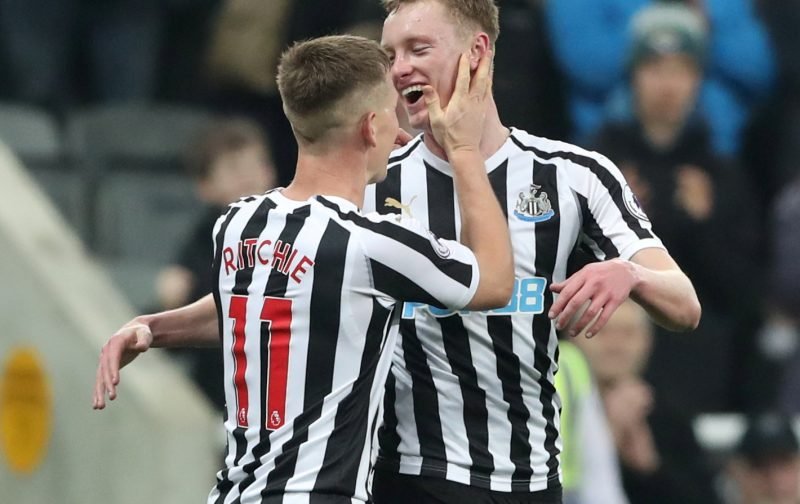 You’d be hard-pressed to find a player at Newcastle that is more exciting than Sean Longstaff. The young midfielder has impressed this season, and whilst he’s currently out injured, it’s very exciting to consider how good he might become at St. James’ Park over the next few years.

Unfortunately for fans of the Magpies, however, Lee Ryder has confirmed that we aren’t the only admirers of his talent. Asked about who the most valuable players in the Newcastle squad, Ryder confirmed via the Chronicle that ‘top’ Premier League teams are taking an interest in Longstaff – which is very worrying for us. (Live Q&A, 14:21, Thursday)

Unfortunately, though, we’ve been here before. There have plenty of young stars developing at Newcastle that could have been crucial to developing the team long-term, and we’ve often decided to sell them when interest came in. In the modern era, Andy Carroll is the most obvious example, but other exciting players like Gini Wijnaldum, Yohan Cabaye, and even someone like Florian Thauvin were all sold prematurely, and you have to wonder why.

It’s vitally important, then, that Newcastle don’t repeat their past mistakes. Under Rafael Benitez, the club are finally getting somewhere, and to take a step back by selling Longstaff would be a huge mistake.

He looks like the perfect young player to build the new team around, offering fantastic tackling, passing, determination and commitment, and to sell him for a quick buck would not be a good thing in the long-term.

Of course, he may get to a stage eventually, a bit like Carroll did, when the money is too good to turn down, but at any point over the next few years? The Magpies must resist at all costs.