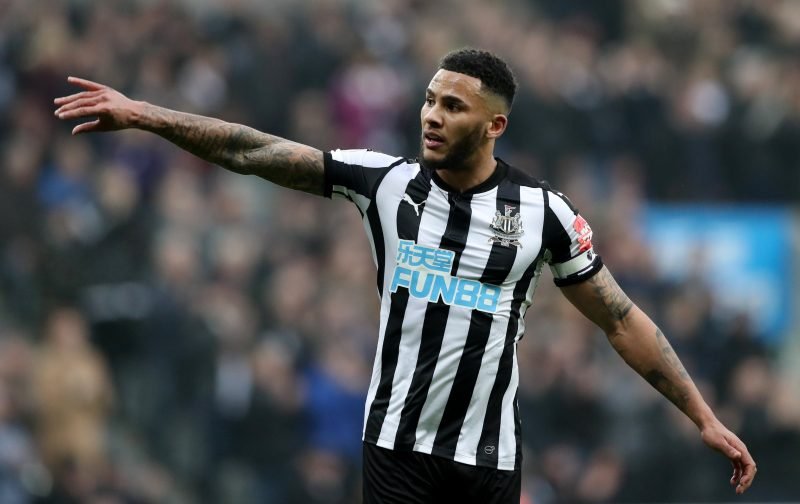 We are delighted to announce that captain Jamaal Lascelles has signed a new six-year contract.

The 24-year-old former Nottingham Forest Academy prospect moved to the club in August 2014 but he was loaned back for 12 months. He now boasts 99 starting appearances to his name, with a further 13 showings from the substitutes bench. Across those games, he’s found the back of the net eight times.

His new and improved deal sees him contracted up until the summer of 2024 and manager Rafa Benitez told the Official Site that he felt he was the ‘future of the club’ as the news was announced.

Reaction on social media given the season we’ve had so far in the Premier League was a little mixed, but obviously, the overriding comment was its good news for the club and it was certainly welcomed.

Pay rise for him. Keeps his value high for the club.

This guy gets it.

Good news but that won’t stop Ashley from selling him given the chance.

But there’s no money according to some. Well done Mike Ashley. This lad will go on to huge things, mark my words.

Im buzzing but at same time. Its just us getting his value up incase we get relegated ????

Jesus christ, was not expecting that! Great news

Who knows, maybe this decision might be the point our season turns?