Miguel Almiron could have left Newcastle United this summer 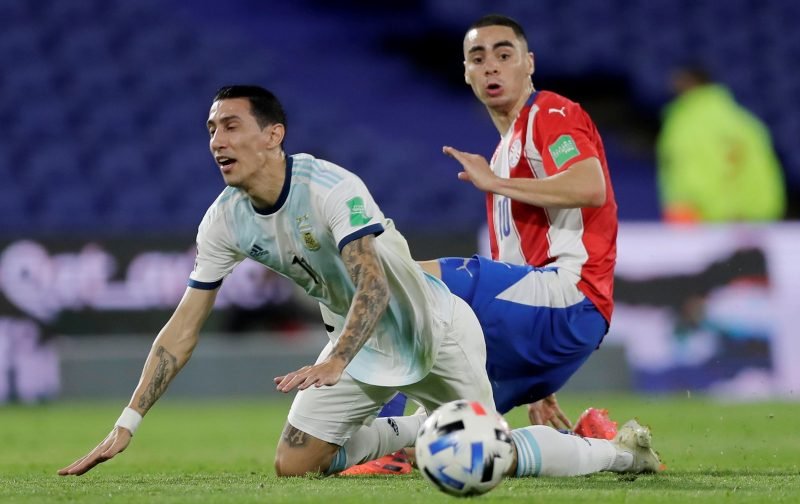 Speaking to Paraguayan radio station Futgol 970 (via Roberto Rojas), the agent of Miguel Almiron has revealed that Atletico Madrid were interested in a move for the player and that he could have left Newcastle United had it not been for the coronavirus epidemic.

The Magpies’ record signing at the time, his £21m arrival in January 2019 from Atlanta hasn’t exactly gone to plan. While there have been flashes of a useful player, the 26-year-old has only scored nine goals in his 62 games, along with registering a further five assists.

Daniel Campos, the agent of #NUFC’s Miguel Almiron’s spoke on Paraguayan radio today about how Atlético Madrid had indeed been interested in the player but that an offer was never made. He also said that had it not been for the pandemic, he would’ve left England already. pic.twitter.com/FKrQkLDCi9

Perhaps goals don’t tell the whole story given he has impressed against Wolves and Brighton this season and does represent a versatile option capable of carrying the ball forward at top speed. Indeed, he is one of few Newcastle players who have supplied a progressive run per Premier League game this season (1.07 on average, only seven others have managed as many or more) and his 1 key pass averaged over the same period is the joint-second highest return in the squad.

Still, with Allan Saint-Maximin, Joelinton, Jacob Murphy and Ryan Fraser all available in attack, a big-money offer may have to be considered. With a central midfield lacking this season, raising funds through a player sale may be tempting.

Campos: “Miguel’s work rate at #NUFC & Paraguay has been great. If it wasn’t for the pandemic, he would’ve been elsewhere. Perhaps he would like to play on a team that has a lot of possession. Maybe in June, he’ll make that jump.”

Few would doubt his work-rate since moving to St. James’ Park but he does appear to be the most dispensable of the Toon’s attacking line, as helpful as he’s been at times. Saint-Maximin is the star while Fraser has only recently been signed and Joelinton is the club’s record signing and needs to prove he’s been worth the investment.

Should an offer arrive, it must be considered.