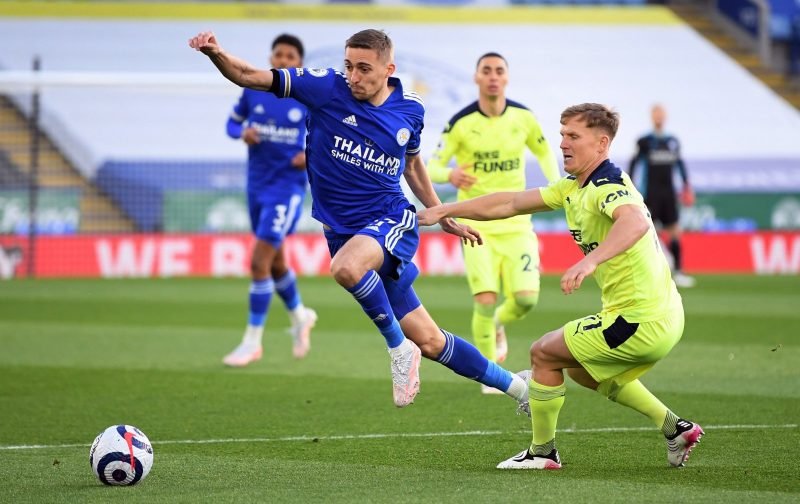 Matt Ritchie has been nothing short of a revelation since winning his place back in Steve Bruce’s starting 11 and he continued this rich vein of form in the 4-2 triumph at the King Power Stadium.

He put in another top notch display in the midlands but with Callum Wilson bagging a brace in just his second start back, Joe Willock netting for a fourth game in a row and Martin Dubravka pulling off some incredible stops; he may not have received the plaudits he deserved for his part in the win.

I have been critical of Ritchie’s dead ball ability in the past but this is something that the Scotland international may have worked on because since coming back into the side, his deliveries from corners and free kicks have been spot on.

It was a Ritchie corner that found the head of Paul Dummett for the second goal and the quality of the ball really showcases the quality that he has from dead ball situations.

The role he played in the third was fantastic too. When the ball broke to him deep inside Newcastle’s half on the left hand side, there was just one thing going through his mind; to play a ball down the channel for Wilson to chase.

His quick thinking and quality pass gave Timothy Castagne all kinds of problems who was physically not a match for United’s top scorer who ran though and scored his first goal since his return from injury.

It is not just his attacking ability that makes him such a useful player to have in the squad. He is also starting to look like a really competent defender and does not look like a winger that has been asked to play deeper.

His career with the Magpies looked to be over in January and his way into the side looked to be a bit less likely following a training ground altercation with Bruce where the wing back reportedly labelled the head coach a ‘coward’ but he has kept his head down and worked hard to get in the side and the impact he has had on the changed fortunes should not be overlooked.