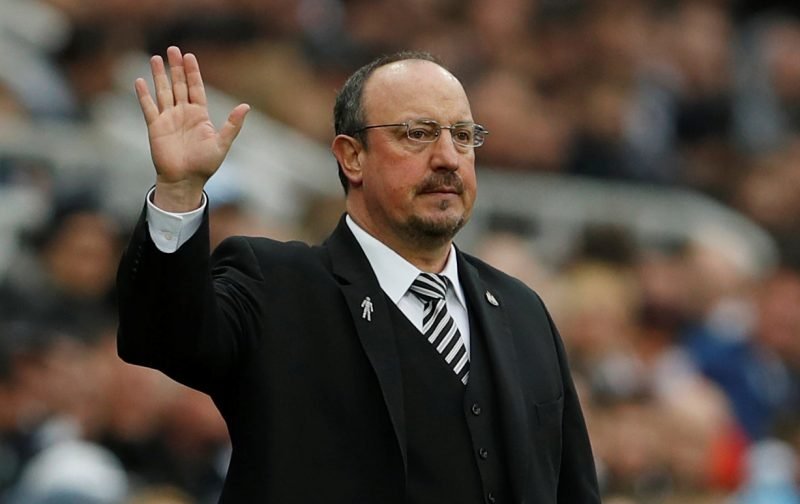 Ryder has recently written an article on Benitez, and his comments certainly don’t fill us with expectation.

He said: ‘The risk Newcastle are taking at the moment is that other clubs have been watching. Benitez would prefer to stay in the UK but he will get other opportunities on the Continent. Yet why take that risk at all?’

He continued: ‘Newcastle need to go the extra mile to keep Benitez to secure their own future in the Premier League because let’s not kid ourselves, the Spaniard is the main reason why they have kept the threat of relegation at bay in the last couple of years.’

From what Ryder’s saying, then, there are plenty of teams that are watching Benitez’s situation, and they may be ready to pounce. That makes Newcastle’s failure to secure a new deal with the Spaniard even more baffling.

It’s also concerning that Ryder, without the tinted the view that we have, is placing so much emphasis on the role that Benitez is playing at St. James’ Park. He’s in no doubt of the manager’s importance to our current team and our outlook, and that only increases concern that a departure could ruin us.

To make matters worse, Ryder’s lack of comments on a deal being imminent implies that we won’t be relieved anytime soon. Instead, we’re going to be looking at weeks of concern and fear. Though, that’s what it’s been like for the last 6 months at the club, to be honest.

Still, we can’t help but be a little more worried following what Ryder has had to say.