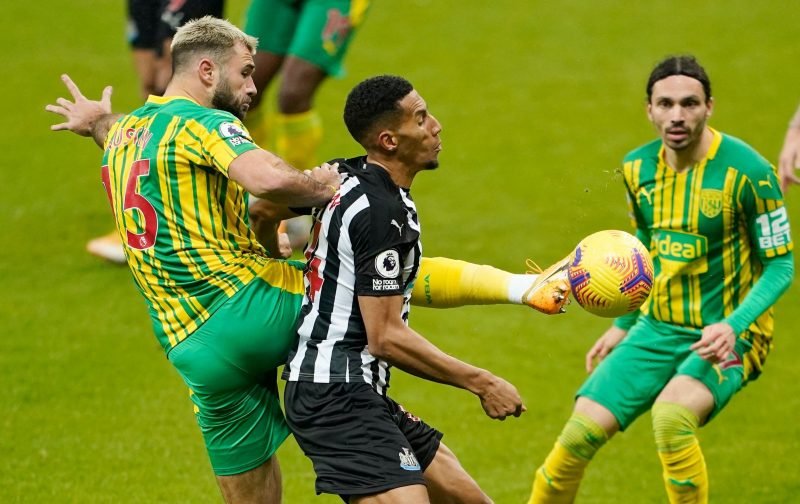 It seems somewhat disrespectful to write a reactionary piece about Isaac Hayden.

Indeed, the midfielder’s contribution to the Newcastle cause over the years cannot be understated. A bargain £2.61m (Transfermarkt) signing from Arsenal as Rafa Benitez looked to rebuild his side after relegation, he’s made 139 appearances for the club since.

One of few players who’s popularity has remained despite asking to leave, his signing has to go down as one of the best in Newcastle’s modern history. While never the flashiest player in terms of stats, he’s provided defensive dynamism in the centre of the park pretty much since he arrived.

In fact, that was further summed up during yesterday’s win over West Brom.

Despite being bed-bound for 10 days as a result of the coronavirus outbreak that ripped through Newcastle’s squad, Hayden put in a commanding performance in central defence. Six clearances, one block, three interceptions and two thirds of his aerial duels won (per SofaScore), the 25-year-old’s outing was nothing short of Herculean.

Hayden one of Newcastle's best ever signings? 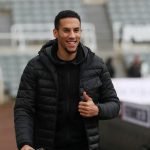 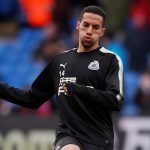 Thankfully for Newcastle, Hayden did recently pen a long-term deal on Tyneside, which should hopefully keep him at St. James’ Park into his prime. At 25, it’ll certainly be interesting to see how commanding in the midfield he’ll be when he reaches his peak, mopping up any mess should Newcastle look to get more expansive.

As readers of this blog will know, I’ve constantly lamented the lack of a dominant central midfielder. While Hayden isn’t that in an attacking sense, his diligence and defensive nous would provide the base from which a new signing on that front could flourish.

At under £3m and someone who’s proven crucial in both winning the Championship and remaining in the Premier League, Isaac Hayden has been one of the best Newcastle signings in recent memory.

In other news, now could be the time to bring a certain full-back home. Here’s why I’m backing a potential January transfer…