‘He will thrive’: Some West Brom fans react as loanee shines for Newcastle 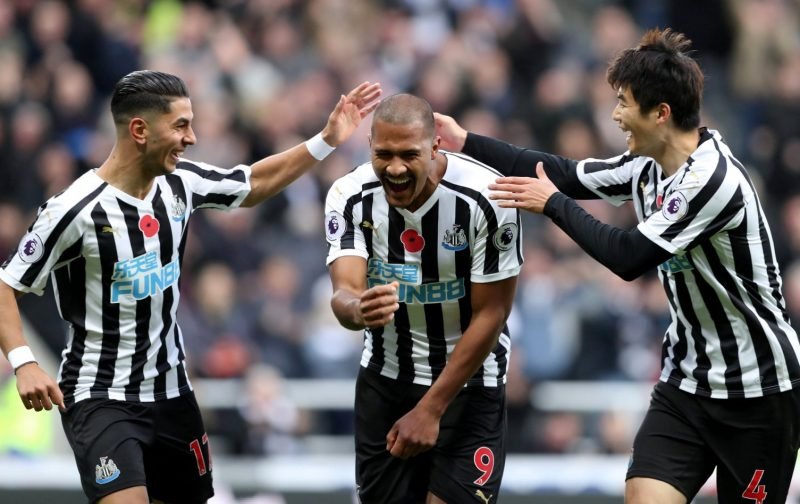 The result sealed back-to-back victories for Rafael Benitez side, the first of which was a narrow 1-0 win over Watford last weekend that ended a run of 10 Premier League matches without a win.

A brace from Salomon Rondon at the weekend secured all three points for the hosts and saw the Venezuelan striker, on loan from West Brom, open his account for the Magpies by bringing an end to a  six-match goalless streak.

With Newcastle struggling for consistency in front of goal, fans are hopeful that Rondon will now be sparked into more consistent performances after netting a brace – and West Brom fans were also pleased with his display.

In comments posted on Twitter, many fans showed support to the 29-year-old and we have gathered some of the best reactions below.

Great to see #wba bounce back in style from a few poor games and pleased for Rondon scoring twice for Newcastle. Just caught last night’s #MOTD and the finish from Kenedy’s cross for his second mirrored Brunt to Rondon in his hat trick against Swansea

As a WBA fan, I have always liked Rondon. Very unfairly criticised. I have always said that he will thrive off good service from the wings. Enjoy your time at Newcastle Solomond

Great to see Newcastle see Rondón as a key player as we do of Gayle. I wonder if a deal could be done in January and, if so, what should it look like? #wba #nufc https://t.co/l1FwcvVF4I

They can keep Rondon… #wba

Some player Sal Rondon if you play to his strengths. #wba #nufc