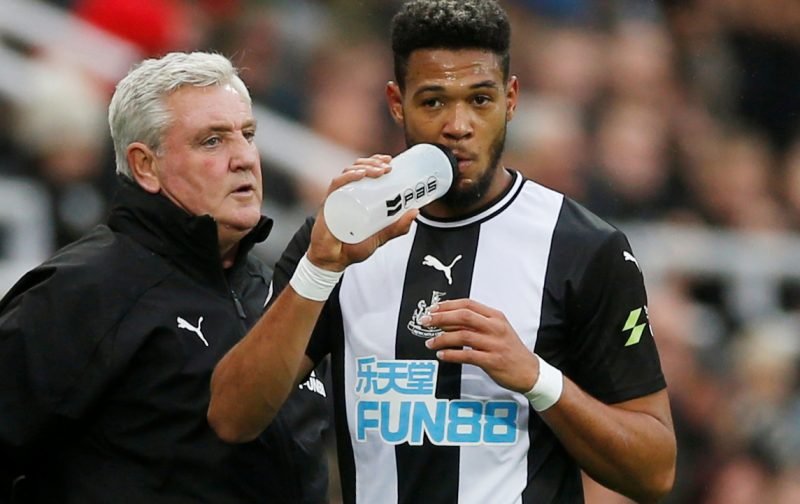 Sky Sports pundit Darren Bent has claimed Newcastle United striker Joelinton has disappointed him since the Brazilian’s arrival at St. James’ Park in the summer.

Joelinton joined the Magpies for a club-record £40million in July, but has only scored one goal for the club since being given the coveted number nine jersey, coming against Tottenham Hotspur in August.

Chances have sometimes been at a premium for the 6 ft 1 23-year-old, but he attempted three efforts on goal against Aston Villa on Monday night and hit four against AFC Bournemouth – the same combined total he had fashioned across his previous seven Premier League appearances, dating back to facing Liverpool in September.

The quality of his shots have often been lacking, too, as neither of Joelinton’s efforts at Villa Park were on target, while the Alianca-born striker went eight games without recording a shot on target between scoring in North London and having a strike saved at home to Bournemouth.

Bent has suggested that Joelinton’s struggles could be eased if Miguel Almiron were to notch his first goal for the club since his £21m January switch from MLS, as the Paraguayan and Allan Saint-Maxim give us a distinct edge in attack.

“I think the unluckiest player at the club goes to Almiron,” Bent told Football Insider. “I am so desperate for him to score, because I really believe him and Saint-Maximin give them the edge.

“They get up the pitch in a hurry and that will help Joelinton. Once them two get goals – not Saint-Maximin, because I think he’d play like that anyway, he’s full of confidence – but I think Almiron, he’s just desperate for that goal.

“When he gets that goal, he’ll get more confidence and start to motor forward, that will help Joelinton because he’ll get more and more chances. He has disappointed me.”

Who should start at striker vs Man City? 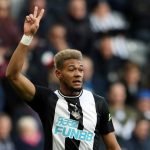 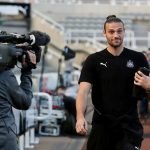 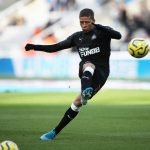 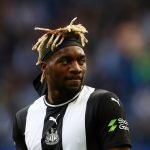 Saint-Maximin currently leads the club for successful dribbles recorded in the Premier League with 36 to Joelinton in second with 14, per Sofa Score figures, while Isaac Hayden and Jonjo Shelvey top the Toon’s charts for big chances created with four and three each respectively.

Joelinton, though, tops the table for key passes made in the top-flight by a Magpies man with 14, while Almiron only ranks seventh with nine and is yet to create a big chance.