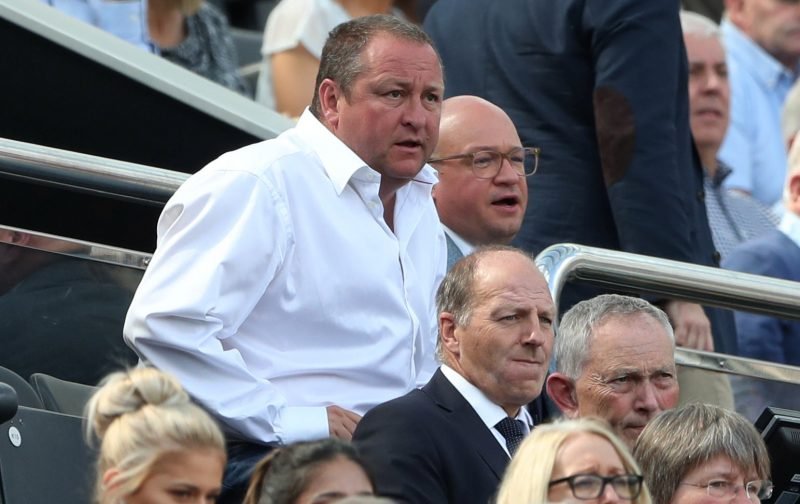 Many Newcastle United fans have been discussing why Mike Ashley seems to be getting less stick than others for his treatment of staff during the coronavirus outbreak.

With Ashley being the first chairman to put staff on furlough, he started off a chain reaction which saw Tottenham Hotspur, Bournemouth, Norwich and Liverpool then follow, however, the latter of the bunch did reverse their decision and later apologised to the fans.

Popular fan account @NUFC360 on Twitter shared his opinions to his followers after seeing a tweet from @SkySportsNews claiming that Spurs were under increasing pressure to reverse their decision, noting how there was no mention at all of Newcastle United.

Reports from the Mirror suggest that Ashley has absolutely no intention to reverse his decision, which will be upsetting to many supporters, but probably not particularly surprising.

The current situation has seen all of the club’s recruitment staff temporarily laid off as well as many other staff, leaving managing director Lee Charnley in charge of all recruitment enquiries.

As per the government’s scheme to help workers who are unable to work due to the outbreak, they will be entitled to 80 per cent of their wage, which will be paid for by the treasury.

Many fans agreed with the fan’s tweet, with plenty responding that people are not making more of a fuss as they are simply not shocked by his actions.

It’s because we’re nothing club under Ashley

Yeah this whole topic has somehow turned into ‘Liverpool and Tottenham’ saw it scroll along the screen on GMB before.

He has friends in high places within the media and sky in particular.😪

It’s because its expected of Ashley, the bloke gets away with it every time

It’s because everyone expects the worst of Mike Ashley whereas they don’t of Liverpool.