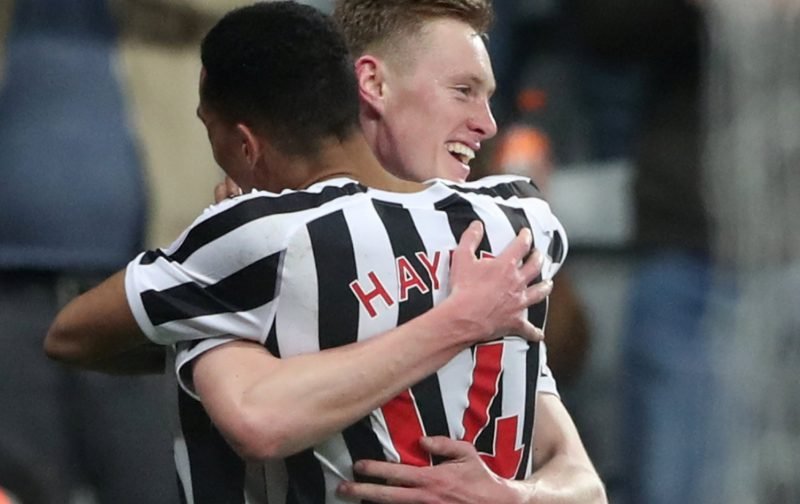 Sean Longstaff has been out of action for a few weeks now, and we already can’t wait for him to return. The Englishman was remarkable prior to his collision with Robert Snodgrass.

It’s been pretty quiet on his fitness as of late, but the Chronicle have provided a positive update that should encourage fans.

According to the Chronicle, Longstaff is making good progress on his recovery, and he should be back to light training within the next month or so.

That is, apparently, right on the schedule that was pencilled in for the Englishman, with no setbacks coming his way thus far.

Longstaff has made 9 Premier League appearances this season, with his last game, against West Ham, ending after 45 minutes.

Realistically, Longstaff isn’t likely to have that much of an impact this season, but the sooner he returns the better.

If nothing else, it would be great to have him back amongst the first team before the season comes to an end, then he’ll be able to regain some fitness heading into the summer. If that doesn’t happen, there’s always the risk that he won’t properly train again until pre-season ahead of the next campaign; and that may lead to further problems.

His injury came at a bad time, but at least we got a good look at him beforehand. He’s shown what he can do, and we’re expecting him to get even better over time.

He shouldn’t be rushed back, but his ability to recover quickly will be important as he continues to go deeper into the precarious waters of the Premier League.